Future Fambo a.k.a. Future Troubles ‘THE FUTURE IS NOW’ ‘The future is now!’ asserts one of Jamaica’s perennially loved, and most talented deejays; renowned for his witty, gritty, and versatile deliveries, on the hardest Dancehall riddims.

His durability is unquestionable, particularly in a genre of music that has seen the rise and fall of many.

Born, Warren Gladstone Williams, in the St. Ann’s Bay hospital on April 24, 1972; Future Troubles a.k.a. Future Fambo is extremely proud of the fact that he hails from the “Garden Parish” of St. Ann, along with some legendary icons of Jamaican culture, Marcus Garvey, Bob Marley, Burning Spear and Shabba. 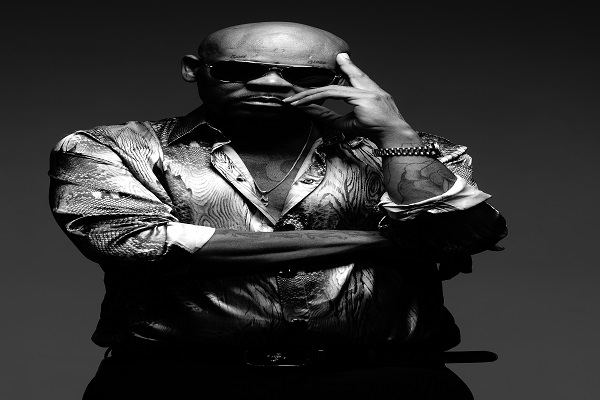 “It is one of my greatest inspirations to know that I am from the same parish as these greats, and that I can be like them.” As a youth growing up in Parry Town, St.Ann, his most direct influences came from his uncle and his brother. His uncle, Zack Henry (of “The Astronauts”) is a multiple Festival Song Contest Winner. “He would come to our house in the country to cool out.” As for his brother, “He used to work on a ship so he used to have a lot of cassettes and videos with dances and stage shows from all about.

From dem time deh mi juss love Dancehall music!” Even as a child, his talent was well known, and highly sought. I remember my teacher coming to wake me out of bed one night, to go to Parry Town Square. The Prime minister at the time, Michael Manley was having a meeting and they wanted me to come and vibes up the crowd. I was about eight years old.”

As a teenager, after leaving secondary school, Future Fambo was a member of a dance group, ‘Crazy Boys’. “Dem days deh, wi used to dance a hotel and dem place deh. A so we used to eat food.” On this rocky road to stardom, the break came at no other place but James Avenue, the north-coast mecca of Reggae Music.

The home of the legendary Jack Ruby, was now the home of musical entrepreneur/businessman, Courtney Cole and the Roof International Talent Show; a weekly show for amateurs, climaxing on the fourth weekend with the grand final. “Week after week mi win with the same song.” The name of the song was “kung fu.” He had written it based on a Jackie Chan movie, and had created a dance for it as well.

The song was so well loved that it won at the finals. Courtney Cole was so impressed that he recorded it on his Roof International Label. The song was purely infectious and soon after its release all of Jamaica was singing “the Iya Iya Hoo song”.

The catchy hook and beat, along with the dance, took the country be storm. He was ushered into the camp of Roof International label; at that time, one of the most potent in the industry, boasting the likes of President Brown,Jigsy King, Tony Curtis, Little Hero, Bushy-One-String and the late Mickey Simpson. Garnet Silk was also closely associated with the label as well.

The song was so well loved that it won at the finals. Courtney Cole was so impressed that he recorded it on his Roof International Label. The song was purely infectious and soon after its release all of Jamaica was singing “the Iya Iya Hoo song”.

The catchy hook and beat, along with the dance, took the country be storm. He was ushered into the camp of Roof International label; at that time, one of the most potent in the industry, boasting the likes of President Brown,Jigsy King, Tony Curtis, Little Hero, Bushy-One-String and the late Mickey Simpson. Garnet Silk was also closely associated with the label as well.

President Brown and Jack Raddix gave Future Fambo his first introduction to a major live audience. On a hot night at the White River Reggae Bash in 1994 they called him onstage and he tore the place down. Since then, Future, has excited and trilled audiences at such events as Reggae Sunsplash, Sumfest, Sashi, Sting, and every other major Reggae/Dancehall show held in Jamaica. Overseas, his presence has been felt in countries such as: Japan, Canada, United States, Europe, England and of course the Caribbean. As an artiste, Future is more than unique.

Few artistes have been able to sustain the momentum of a debut monster hit. Most fade away under the pressure. He has had subsequent hits such as: ‘Hong Kong Mi Born’ ‘Lova Lova Gal’ ‘John Goh Deh’ ‘Matey Know Wifey Secret,’ and, ‘How Many Girls’ done with Beenie Man on the Grammy Winning ‘Art & Live’ album.

Future has worked with just about every one in the business. Future is know burning up the airways with: ‘Wrong Hail’, ‘Forget About It’, ‘Fambo’, ‘The Drunken Man Song’ and also the ‘The Babymother Saga’. “The Young Legends label started the fire, and Steelie and Cleavie threw on the gas!” It doesn’t stop there; there are long term plans by the artiste to launch a clothing line, a label, and also a film company.

“Everything that happened before was in preparation for this! The vibe is crazy, monster energy! The Future is now!” 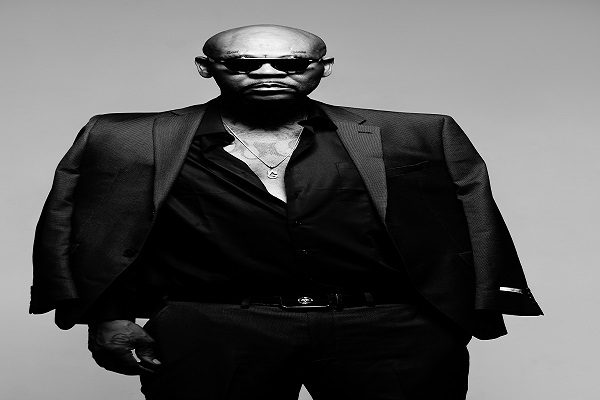 Crossover Dancehall trendsetter Future Fambo is gearing up for his fans to hear the brand new remix he has recorded with talented US rapper Gucci Mane.

Future Fambo - How We Living Remix Feat. Gucci Mane Not rated yet
amaican-born dancehall singer and songwriter, Future Fambo, is back at it! Today he releases his newest single, a remix of “How We Living” featuring Gucci …

Future Fambo to release Get Crunk Ep Not rated yet
Zojak World Wide is pleased to announce the release of the "Get Crunk" EP from Future Fambo. Produced by Khabir Bonner of Grillaras Productions, the …