Khago or should I say "Chicago". Birth name Ricardo Gayle, is a reggae artiste from the parish of St. Ann Jamaica.

He came to prominence in 2006 when he entered the Jamaican Culture Development Commissions popular song contest with his entry "Only If You Know". For this song he won best video. 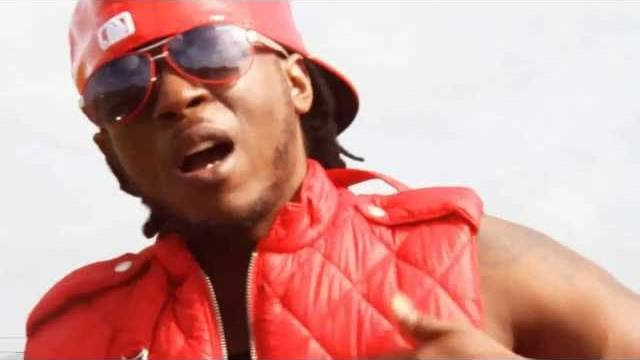 His song are very well loved by the ladies, especially his 2007 single "Been There". This was also an entry into the same competition mentioned before. With this song he came in second, it was produced by him and Dillon Reid.

For his Catchy slang "Sehso'' he is now a household name, everywhere that you go in Jamaica you are sure to hear bothyoung and old using this dancehall terms "Sehso".

Since 2009-2010 he has released monster hits such as " Caan Cool, Daddy From You Gone, Love Stomach and Addicted", all of which are getting heavy rotation on local radio stations.

As I sit here writing his article 06/26/10, the hottest song on the island is "Nah Sell Out". This track addresses issues of betrayal and envy. Produce by Seanizzle and its on the One Day Riddim.

Producers such as Marlon Young, Sly and Robbie, Snow Cone, Clifton Dillion and Flava are some of the big names that has done work with this young talented reggae artiste.

Cargo as he is also called has done collaborations with artiste such as Paul Elliot and Little Hero. Reports are that plans are in the pipeline for him to do some work with European Reggae super star Alborosie.

Through his hard work he has been booked to perform on Dancehall Night 2010 reggae sumfest. This will be held at it regular venue in Catherine Hall, Montego Bay , Jamaica.

Chicago said that Mr Vegas and Spragga Benz are two of his biggest influences in the music industry.

Get lyrics to Nah sell out here

You can purchase his music by clicking on the link below.

Kemar “Flava” McGregor Sues Khago and His Wife - It has been confirmed that dancehall entertainer Khago and his wife are being sued by his former manager and producer.

Is Dancehall artiste Khago and I Octane at War Again?

Well that's the question on most lovers of dancehall music are now asking. Remember I Octane did a song in which he said 'A Me Mek him Pants miss a …

Dancehall artiste Khago Opens Studio In Manchester Not rated yet
IN an effort to take control of his music, singjay Khago has completed construction of a ‘new’ studio in Manchester, his home parish. Dubbed The Hotspot, …

khago Upset After DJ K ask for money to put his (Khago) Song On his mixtape. Not rated yet
In a recent video posted on dancehall artiste Khago's Facebook page, Khago seemingly very upset after a popular mixtape specialist wanted Khago to pay …

The Trouble inside Rotten Head aka Khago Not rated yet
For the record, we here at Downsound Records didn't want to make any official statement about the recent departure of former DSR artist Khago from the …

Khago drop by Downsounds Records because of Marina Stretch Out" Not rated yet
Did Khago’s inability to work with a team force him to leave Downsound Records? Or did Downsounds’ newest addition pushed him over the edge? According …

Khago score Big time with "TUN UP De Ting". Not rated yet
Dancehall and reggae music artiste Khago has scored another number one with his breakout crossover single, 'Tun Up De Ting', on the Overproof riddim, which …

Khago Tun up Di Ting video Not rated yet
Dancehall superstar Khago has release the video for his hit single "Tun Up Di Ting" on the over Proof Riddim. The video was directed by Steven Bernard …

Khago mixtape Blood A Boil 2011 Not rated yet
The songs were mixed and arranged by DJ Kenny but were produced by big-name producers like Frass, Russian and Seanizzle. It has several new songs, as …

Khago signed to Solid Agency Booking company Not rated yet
In a statement from Solid Agency's public relations department, it was disclosed that an agreement was reached earlier this week with Khago's manager, …

Retun to Dancehall and Reggae Music Homepage from here