Jacob Miller music lives on 35 years after his death

Singer Jacob Miller - Thirty-five years ago on March 24, 1980 reggae lost one of its brightest stars

He died in a motor vehicle accident in Kingston at age 27. Miller and his close friend, reggae superstar Bob Marley, had just returned from Brazil where they helped launch Island Records' new office. They were both signed to that company. 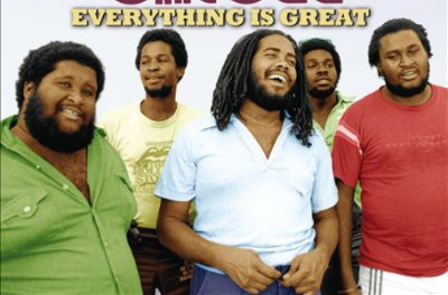 Today, the charismatic Miller is enjoying a rebirth in Jamaica.

There was a tribute segment to him at the Rebel Salute show in January. It was led by Inner Circle, the band he was a member of since the mid-1970s.

Inner Circle also produced an update of 'Tenement Yard' , the classic 1976 song they did with Miller. Several neo-roots acts, including Chronixx and Jesse Royal, have done songs on the Tenement Yard beat, with the former's 'Newscarrying Dread', a big radio hit in Jamaica.

"That's unbelievable, the way people tek onto the song, 'cause wi neva go for a hit or anything like dat. It was jus a great vibes," said Ian Lewis, who along with his brother Roger, co-founded Inner Circle in 1968.

Miller, who was born in Manchester, came up through the ranks musically. He had his first hit in 1968 as a teenager with 'Love is a Message' for producer Clement 'Coxson' Dodd. In the early 1970s, he recorded for musician/producer Augustus Pablo, making a mark with edgy songs like 'Keep on Knocking' (a remake of 'Love is a Message'), 'Each One Teach One' and 'Baby I Love You'.

He joined Inner Circle in 1975 and had a string of hits including 'Tenement Yard', 'Suzy Wong', 'Tired Fi Lick Weed in a Bush', and 'Disciplined Child'.

Lewis, who played bass on some of those songs, was in Miami when he got news of Miller's death. Two children (one was the singer's son) who were in the car, survived the accident.

He remembers Miller's funeral service at the National Arena in Kingston, which attracted a full house.

For Lewis, who still tours and records with his brother in Inner Circle, the biggest tribute that day was the reception Miller's procession got as it travelled to the Dovecot Cemetery in St Catherine.

"There were thousands a people on the road singing 'Tenement Yard'. Jakes was really the people's singer," he said.

Return to To Reggae artists from Reggae legend Jacob Miller