Together with his backing group the Aces (consisting of Wilson James and Easton Barrington Howard), he had one of the earliest international reggae hits with "Israelites" (1968).

Despite achieving a record deal, it was two years before Dekker saw his first record released. Eventually in 1963 Kong chose "Honour Your Mother and Father" (written by Dekker and the song that Dekker had sung in his Kong audition two years earlier), which became a Jamaican hit and established Dekker's musical career.

This was followed by the release of the tracks "Sinners Come Home" and "Labour for Learning". It was during this period that Desmond Dacres adopted the stage-name of Desmond Dekker.

His fourth hit, "King of Ska" (backing vocals by The Cherrypies, also known as The Maytals), made him into one of the island's biggest stars.

Dekker then recruited four brothers, Carl, Patrick, Clive and Barry Howard, as his permanent backing vocalists to perform with him under the name Desmond Dekker and The Aces. 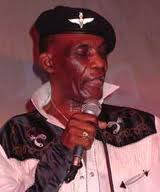 The 1980s found Dekker signed to a new label, Stiff Records, an independent label that specialized in punk and new wave acts as well as releases associated with the 2 Tone label, whose acts instigated a short-lived but influential ska revival.

A re-recorded version of "Israelites" was released in 1980 on the Stiff label, followed by other new recordings: Jimmy Cliff's "Many Rivers to Cross" and "Book of Rules". Dekker's next album, Compass Point (1981), was produced by Robert Palmer. Despite declining sales, Dekker remained a popular live performer and continued to tour with The Rumour.

Dekker died of a heart attack on 25 May 2006, at his home in Thornton Heath in the London Borough of Croydon, England, aged 64.

He was preparing to headline a world music festival in Prague. Dekker was divorced and was survived by his son and daughter.