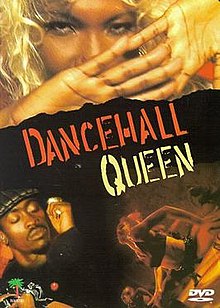 Dancehall Queen Movie was officially released in the United States Of America On October 10, 1997. The movie is 1hr 28mins and 22sec long.

The movie which is directed by Don Letts and Rick Elgood saw Marcia Audrey Reid as a lead role with a screenplay by Don Letts, Suzanne Fenn and Ed Wallace.

Although the movie was released in October of 1997, it was not available on DVD until September 22, 1998.

Dancehall Queen is a modern-day Cinderella story, with no Prince Charming, but one very strong woman, backed by a pulsing reggae soundtrack and the scintillating sights of Kingston, Jamaica.

The Storyline behind Dancehall Queen Movie

In the gritty world of Kingston ghetto, there are a few ways out. Fortunately Marcia, a humble street vendor struggling to survive as a single mother, discovers the world of dancehall.

Through it she finds more than great music and hot relationships, she finds a way to a better life. By day, she toils on the hot Kingston streets and by night she becomes "the mystery lady", the new star of the dancehall.

Here is her chance to escape the clutches of Larry, who under the guise of helping her hard-pressed family is actually after her eldest daughter, Tanya. Also, she will finally be able to rid herself of Priest, the murderous thug who is threatening her very existence.

If Marcia can win the dancehall contest, the prize money and more importantly, her sense of worth, she will finally be free. Free not only of the lowlifes like Larry and Priest, but on the ghetto itself.

Who are the Creators of Dancehall Queen Movie

Since the late 90's it has been a leader in the convergence of music and film, producing and distributing music documentaries, art-house & foreign cinema, and music videos.

The full cast for Dancehall Queen is: