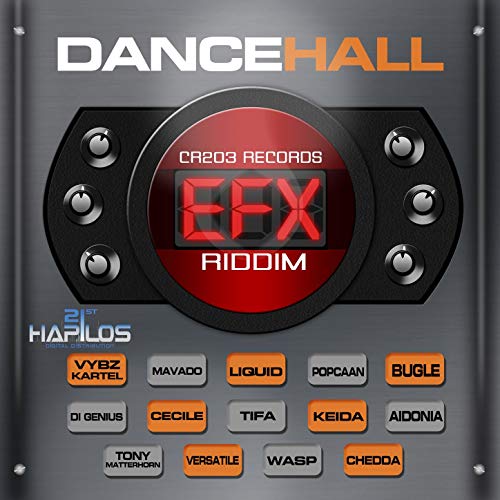 At the time of its release, the riddim featured some established and upcoming Dancehall and Reggae music artists.

The producer Zj Chrome owner of CR203 brought some balance to the riddim when he also added female artists Tifa, Cecile and Keida to the mixed.

Although almost all songs on the riddim were heavily rotated on radio stations and in the parties. Some of the songs became Dancehall anthems, they are still been played in the party today.

The top songs from the Dancehall EFX Riddim are:

This is one of the best riddim released in 2010, you can get it now by just clicking on any of the two links below to purchase.