For many, the mention of Bob Marley’s name conjures up only suggestions of the Caribbean, dreadlocks, reggae music and marijuana. 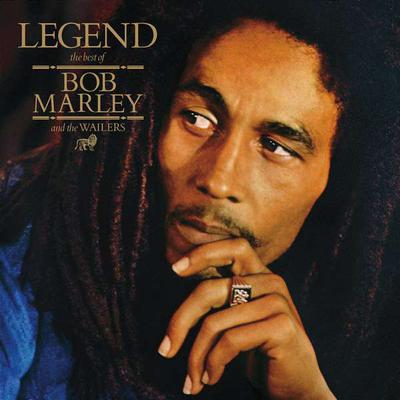 These elements are accurate, but those more familiar with Marley recognize the true philosophical depth of the man and his music. The tapestry of Marley’s life, woven with elements of poverty and religion, were all integrated into his music.

The greatest musicians in the world cite Bob Marley as having directly influenced their work.

Musical superstars Bob Dylan, Eric Clapton, Carlos Santana, Paul Simon, Patti Smith, Elvis Costello, and Joe Jackson have given credit to the impact of his music. Following Marley’s death in 1981, even Stevie Wonder paid tribute to his memory in the song “Master Blaster.”

An understanding of Marley’s legacy requires a look at his life in Jamaica as a youth, the influence of religion, and the evolution of his musical education from early jazz, rhythm and blues, 1960’s rock and roll, ska and finally reggae, his signature genre. He saw reggae as music with a happy style that could still deliver a serious message.

Bob Marley was the son of a white British-Jamaican, who departed shortly after Bob was born, and a black Jamaican mother who alone raised him and his siblings. Since his mother was a devout Christian, Bob became very familiar with the Christian bible. Even the name “Wailers,” Marley’s first musical group of the late 1950s, harkened back to biblical references.

In 1966, Bob embraced Rastafari, an African religion founded in the earlier 1930s. Most of the beliefs of the Rastafari originated in the Old Testament, though modified into an African perspective. Bob even referenced God as “Jah”, a shortened version of “Yahweh”, the Hebrew name for God. In brief, Rastafaris believed that the twentieth century Ethiopian president, Haile Selassie, also called Ras Tafari, was the true son of God. Rastafarian beliefs took hold most significantly in Jamaica and Marley grasped these readily.

Marijuana or “ganja”, dreadlocks and daily bible reading are both signatures of the Rastafarian belief. A quote from Bob Marley crystallized his feelings about marijuana: “Herb is the healing of a nation, alcohol is the destruction”.

Today, though never acknowledging him, Marley's lyrics and comments echo from the pulpits of our religious leaders and motivational speakers. The source of such ideas would undoubtedly surprise mainstream, right-wing America who recall Marley only as a pot-smoking, anti-establishment rebel of the past. Some of his most memorable quotes are below:

“Open your eyes, look within. Are you satisfied with the life you're living?”

“Life is one big road with lots of signs. So when you riding through the ruts, don't complicate your mind. Flee from hate, mischief and jealousy. Don't bury your thoughts, put your vision to reality. Wake up and live!”

“Emancipate yourself from mental slavery, none but ourselves can free our mind.”

Today, Bob's eldest son, Ziggy, does a creditable job of keeping the Marley name and music alive through tours and concerts – most recently, he appeared on the DirecTV’s Audience Network’s Guitar Center Sessions. But capitalizing on a shallower image of Marley has become a trend. Rastaempire sells the “Marley Apparel Collection,” while The House of Marley promotes headphones and audio equipment “inspired” by Bob Marley. And now, the latest news brings a proposal by Marley’s estate to promote a cannabis brand.

In truth, Marley cared little for wealth and luxury. In fact, he gave away much of his earnings once he began to enjoy financial success. Spreading his religion had become the main mission.

Promoting clothing and marijuana may maintain the name for future generations. But the music and message that affected a generation and crossed all cultural barriers could be fading amid a blaze of commercialism.