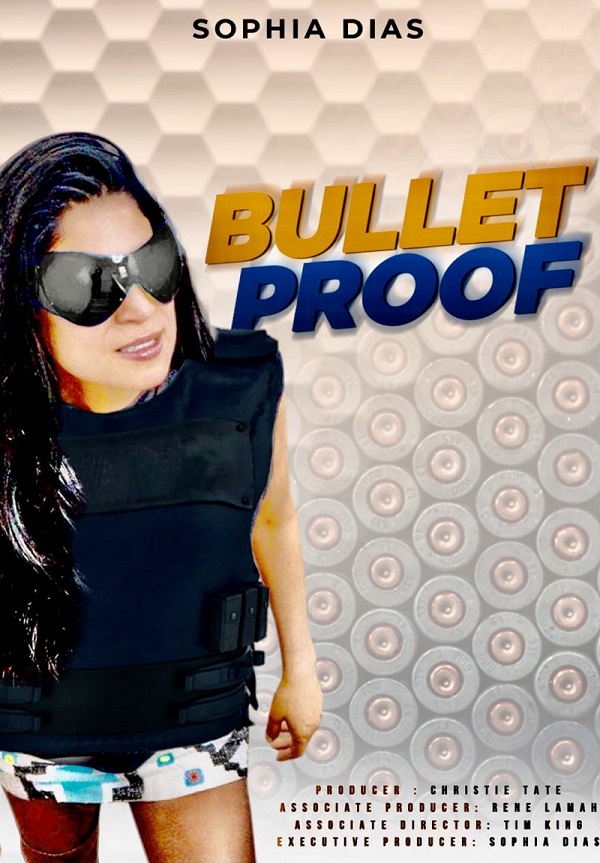 Over the weekend the gourmet chef, fashion designer, journalist, author and philanthropist arrived in the island, which she considers her second home; and has already laid down lyrics for the 8 track project alongside talented producer and musician, Clive hunt.

For Dias, a novice to being a recording artiste, recording and producing Bulletproof is second nature as the content comes directly from her life of colorful experiences.

“This album is based on my life experiences. All lyrics are factual, I just decided to KEEP IT REAL and not sugarcoat anything. It makes the project raw and relatable because others go through similar experiences,” Dias explained

Last year Sophia visited Jamaica and recorded the first single Psalm 23 with Clive Hunt, that working relationship preempted her having him on board for the full project.

“Recording Psalm 23 was a dream come through and I believe it touched so many lives receiving a lot of support from across the globe, I look forward to working with Clive and the team again because we have the right chemistry to fully develop the album, Clive Hunt has the ability to think out of the box, “ Dias added

Sophia has also recently launched her Dias Foundation, gathering all her volunteering experiences from childhood to adulthood to assist the most impoverished children worldwide. Currently the foundation is working on plans to build an Elementary school in The Ivory Coast of Africa.