Reggae music was born in the 1960s on a small island nation in the Caribbean — Jamaica. It developed as a counterculture response to the dominant culture of the time, and eventually grew to frequently address social and economic injustices, and share messages of peace and love.

By the 1970s, reggae was quickly spreading beyond the borders of that small Caribbean nation. It didn’t take long for reggae to take over the world, and it’s now an extremely popular genre in the United States, Great Britain, Africa, and beyond. But how did it get to this point? With a little help — or a lot of help — from the most famous reggae musician in the world, Bob Marley.

There are those who are born rich, and those who achieve riches, whether through business, chance, or talent. Bob Marley was of the latter group.

And although your own odds of becoming rich and famous might be slim, the odds were forever in Bob Marley’s favor. That’s how he became the most successful reggae artist in the history of the genre, and one of the most successful and influential musicians in the world. 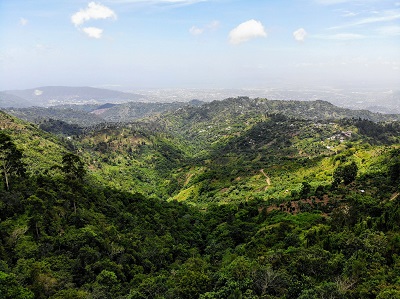 By then, Marley had already recorded several songs for a local producer under an alias. But when he formed the Wailers, his group achieved almost instant success.

Their single, “Simmer Down,” became a number one hit, affording them the privilege of working with well-known Jamaican musicians like Ernest Ranglin.

Despite the band’s success in Jamaica, Marley briefly moved to the United States with his wife, Rita Anderson, where he worked odd jobs. He shortly moved back to Jamaica, where he eventually converted to Rastafarianism.

During the following years, he collaborated with various artists, teamed up with Lee Perry’s the Upsetters, experimented with a slowed-down beat, and worked at commercializing his sound to appeal to audiences in the U.S. and U.K.

To accomplish this task of commercializing his sound, he moved to London in the early 70s, where he signed with CBS Records and toured the U.K. with Johnny Nash.

He later signed with Island Records, going on to release Catch a Fire in 1973, which eventually helped him to become an international star.

Marley traveled around more, living elsewhere for a few years before moving back to England, where he recorded two successful albums: Exodus and Kaya. He had four UK hit singles, including “One Love/People Get Ready.”

By the late 70s and early 80s, Marley was more focused on producing political music. It was around this time that he found out he had cancer; he continued to tour anyway. In 1979, he performed at Madison Square Garden — a concert that went down in history as the event that popularized reggae in the United States.

But his personal success was short lived. In 1980, he learned that his cancer had spread. After trying out various alternative treatments, Marley died in 1981 at only 36 years old. 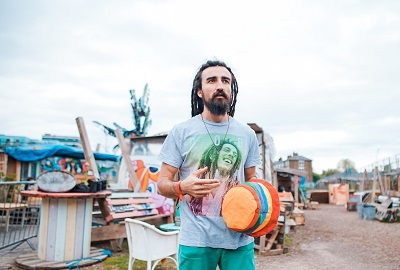 Bob Marley is one of the best-selling artists of all time, reportedly selling more than 75 million records globally. He was awarded Rolling Stone’s Band of the Year in 1976, the United Nations’ Peace Medal of the Third World in 1978, and the Jamaican Order of Merit in 1981.

In 1994, he was inducted into the Rock and Roll Hall of Fame, and in 1999, Exodus won Time’s Album of the Century award. But this is by no means a complete list of his awards — he has been widely recognized around the world for his achievements.

If you love reggae or are interested in learning more about the musician’s incredible life, a must-visit stop is the Bob Marley Museum in Marley’s former home in Kingston, Jamaica.

There you’ll get a glimpse into his life and see his recording studio and personal treasures.