The Emergence Of Reggae Music

The Emergence Of Reggae Music - The name reggae has come to be accepted by many as the generic name for all Jamaican popular music since about 1960.

But to those of us who lived with the music and understand the changes it went through will know that reggae is only one of several types of Jamaican music. 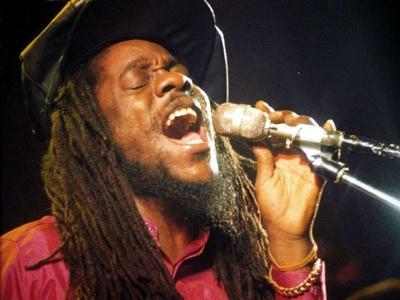 It is different from ska, rocksteady and dancehall, and occupies a specific period which began in late 1967. Jamaican popular music, since 1960, can therefore be roughly divided into four eras, each of which had its particular beat: ska (1962-1966), rocksteady (1966-1967/68), and reggae (1968-1983). From 1983, the prevalent beat was reggae’s offspring, dancehall.
However, there is one period of Jamaican music that has consistently been overlooked by musicologists. It is a period I would choose to call the pre-ska era, the earlier part of which was dominated by Jamaican mento music (approximately 1951-1956) – a type of calypso-flavoured music said to be rooted in the Jamaican slave plantation system and which was indigenous to Jamaica.

Forced to get creative

Between 1957 and 1960, Jamaican music was dominated by rhythm and blues and boogie recordings patterned off the American blues, which was very popular in Jamaican dance halls in the mid to late 1950s.

When the American blues records began ‘drying up’ and disappeared from American record shelves, Jamaican producers,
promoters and sound system operators had no alternative but to make and produce their own recordings with the same flavour as the American ones in order to keep their business alive. Recordings like Oh Mannie Oh, and How Can I Be Sure by Higgs and Wilson, Boogie In My Bones and Little Sheila by Laurel Aitken, Muriel by Alton and Eddy and Lolipop Girl by The Jiving Juniors were examples of popular recordings during that period, which also marked the birth of the Jamaican recording industry.
The first shift in the Jamaican music beat away from the mento rhythms was observed when Bunny and Skully recorded a cut entitled Another Chance, which Skully himself claimed was done between 1953 and 1954. On the heels of this came the Jamaican rhythm and blues and boogies, which evolved into what became known as the ska beat.

Jamaican popular music then went through several changes, culminating with reggae and dancehall beats. These metamorphoses have impacted reggae music to the extent that it has become an international phenomenon Bob Marley, Jimmy Cliff, Dennis Brown and Peter Tosh have played more than ordinary roles in establishing this phenomenon. As early as 1968, Marley’s Trench Town Rock and Brown’s No Man Is An Island a year later, signalled the direction in which the music was going. Cliff’s The Harder They Come helped to put Jamaica on the international music map when it appeared in a movie of the same name.

Possessing a sense of conviction, a lack of pretence and a natural intensity in the beat, reggae music grew by leaps and bounds across several continents during the 1970s, bolstered by more than half a dozen top-class albums by the reggae king Bob Marley for producer Chris Blackwell.

At home, the initial impact was felt through recordings like The Cables’s Baby Why, The Heptones I Shall Be Released and Alton Ellis’s Breaking Up, among others.

What is most interesting is the many artistes and producers who lay claim to doing the first reggae recording and creating the reggae beat. For all intents and purposes, Toots Hibbert of the Maytals vocal group seemed to be the first to mention the name reggae in a song, although he never ever claimed to be the inventor.

Most musicologists, however, accept Larry and Alvin’s Nanny Goat, done for producer Clement Dodd in 1968, as the first recording with a true reggae feel. It was like the guitar on the delay meshed with an organ shuffle, one source claimed.

But in a sense, reggae combines all the previous forms of Jamaican popular music – the ska riff on top of a slowed down rocksteady bass line, with a touch of mento. Dodd, the producer of Nanny Goat, claims that he returned from England just before the reggae beat started with a few gadgets, like a delay, which influenced that Nanny Goat beat. Singer Stranger Cole, on the other hand, claims that his recording of Bangarang, done for producer Bunny Lee, was the first reggae song. Another record producer, Clancy Eccles, claims he started the beat.

In the midst of all of this, there was a 1965 recording titled Heavenless by a Studio One aggregation that possessed a distinct reggae beat, yet no mention was ever made of this recording as being the first reggae song.

Many musicologists agree that the birth of reggae was a spontaneous act born out of experimentation with the existing rocksteady beat. Others claim it was a deliberate attempt by some musicians to change the beat from rocksteady to something that was more lively and exciting. The theory has also been advanced that new producers like Eccles, Lee Scratch Perry and Bunny Lee, couldn’t always get the regular musicians, who almost invariably worked for Dodd and Duke Reid, so they resorted to less-experienced musicians who tried something different and unwittingly created a completely new rhythm.

Even with the present upsurge of the dancehall beat, authentic reggae remains a dominant force and continues to be such even up to the present day. The importance of the reggae phenomenon has led music administrators to designate July 1 as international reggae day each year.