Singer J Another Underrated Reggae Artist - As we continue our feature on underrated Reggae artists who are doing great music, but not getting rewarded.  We are now putting the spotlight on Reggae music recording artist Singer J. 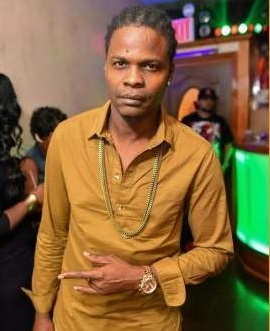 Singer J became a household name in Jamaica back in 2001 with his chart-topping single "Buss Your Gun" on the Buzz Riddim produced by Black Shadow Records, that song is now considered to be a Dancehall anthem. The riddim also featured Sean Paul's Billboard chart-topper "Gimme The Light".

Singer J has one of the most amazing, beautiful, unique and powerful voice in Reggae music today.

So what happens to Singer J after getting his big break in 2001? Research is showing he continued to record and released numbers of real authentic reggae songs, but due to the politics in the business, it seems they were swept underneath the Rug.

But as Sizzla said, "They Can Keep a Good Man Down". In 2016 Singer J released three of the biggest songs for that year "With Out You Lord" and "Can't Stop Me Now" produced by Frens For Real Music.

He followed up those with "Put Jah First" produced by Mineral Boss Records on the Money Boss Riddim.

All three songs became dancehall anthems they were amongst the most played tracks in  Dancehall parties and were also on rotations on local radio stations.

In 2017 he released tracks such as "I'm Chosen", "Have Life" and "Call Me" just to name a few. All of which got favourable rotation on local radio stations.

In 2018 he teamed up with SOL Records and Frenz for Real for his EP titled "Can't Stop Me Now". The EP features six (6) tracks:

For the hard work that he has put in, he is yet to receive the recognition that he deserves.

In 2019 he delivered a soul searching track titled Prayer on the Conquest Paradise Riddim produced by Damage Musiq.

After listening to "Prayer" one of this fan commented, "Music that touches Soul from my number one Singer.your music heals the Soul G so much love for you."

I think its time Singer J is rewarded for his work.

See our feature on Deep Jahi another underrated Reggae artist