Reggae singer Ultimate Shines - Ultimate Shines was born Mark Anthony James on the 8th of April 1968 in Kingston, Jamaica. He is one of six children consisting of two sisters and three brothers. Mark James attended Denham Town Secondary and graduated in 1985. 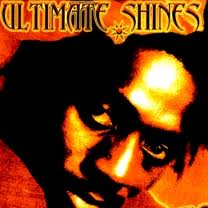 He always loved to sing and always loved writing lyrics. At school he performed at many concerts and played football, cricket and volleyball. Even though he participated in a lot of activities at school, his academics did not suffer. He was known as an all rounder. He started singing from age 8 though his musical career did not start until 1983.

Mark James’ musical career began in 1983 under the name “Blacka Shines” with the release of his first record in England. His second recording entitled “Mob him kill” under the label “foreigner” was released in 1987. This song was for social commentary. During the late 80’s and 90’s he was a part of JR productions and was included on the Capital record with Spragga Benz entitled “ Uncommonly Smooth”.

This record featured artists such as the legendary Ben E King. On this record there was a track entitled “Gang Rival” which was collaboration with Blacka shines and Spragga Benz. The purpose of the song was to encourage youngsters to stay away from gangs and violence. Blacka Shines was also a part of the Down Sound family alongside Nacko, DYCR, Fanton Mojo in 2000. They recorded for several persons.

Under the name Ultimate Shines, his popular hit “Call on Jah” produced by Lion Paw was released in April 2001. In 2004 he released his first album entitled “Teach Dem”, produced by Builders music and Lenworth Campbell. This album included hits such as- “Call on Jah”, “Don’t waste time” and “To di Country”. “Call on Jah” was a success in Europe and America and is still popular to this day.

Ultimate Shines re- recorded the song “Gang Rival” as a solo and it was shown on RE TV. A video was also done for this song. In 2002 Ultimate Shines went on a tour in Canada opening for TrillerU and Singing Melody. This was a success and it was his first time representing for Jamaica.

In 2003 he performed at different clubs such as Club spice, Montreal and Bar St. Lara just to name a few. The main genres of music done by Ultimate Shines are reggae, R&B, souls and dancehall.

The landmark of his career as Ultimate Shines was when he went back to Canada in 2006 to perform in the Montreal festival alongside Shaggy, Maxi priest, Barrington Levy and Richie Spice. He was widely accepted there. In 2008 he did a radio tour in New York and Manhattan where he appeared and did interviews with radio talk show hosts.

Ultimate Shines’ main focus when writing is to entertain people. He is a strong promoter of peace and tranquillity among the people of Jamaica. His passion is singing and song writing. In his spare time he likes playing the keyboard or the piano and enjoys football , jogging and exercising.