Reggae Music feeling the Vybz - Like Buju before him, the music has lost a truly gifted artist,' writes Dotun Adebayo.

AM I the only one who is thinking: “You reap what you sow, Vybz Kartel?” 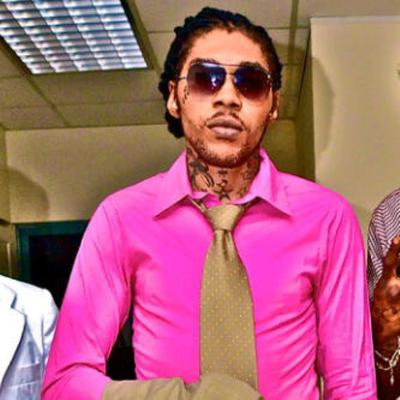 I can’t believe that dancehall star Adidja ‘Vybz Kartel’ Palmer wept like a baby in court when the guilty verdict was handed down last week. Is that hype? We need to know from someone who was there.

No, I don’t know whether he killed Clive ‘Lizard’ Williams or not and we all know that the Jamaican judiciary system leaves a lot to be desired when it comes to ghetto people, but for a long time now Vybz has been going on like he coulda kill a man.

And I don’t care whether he bleaches his skin or not (dat ah fe ‘im bizness), but eventually that kinda lifestyle catches up with you whether you’re innocent or guilty - all the law is concerned about is that you are the most likely suspect.

It’s a lifestyle ting. And it’s a shame because he had the whole world in his hands. Imagine where he had come from to the amazing success he had achieved. He was the man most likely to take Jamaican art to that other level. Like Buju before him, the music has lost a truly gifted artist who could lift up the whole industry so that poor people in Kingston, Spanish Town and Porus could once again eat offa reggae music. I can’t see the likes of Rihanna and Jay Z rushing to record with Jamaican artists when the last one they recorded with gets sent down for drapesing a man.

We should be celebrating Vybz Kartel’s achievements in music and in business with his own rum company and line of condoms! You may not approve of his product choice but you can’t knock his success. His downfall is another thing all together.

One thing is clear though. The whole reggae business is being dragged down the mire with this conviction because most of the press internationally don’t know the difference between reggae and bashment or even dancehall.

So the true reggae artist trying to ‘bu’n down babylon’ in that old sufferah’s stylee is being implicated in this Vybz Kartel ting. It will be harder for reggae artists on the whole to get the kind of gigs that, for example, their soca or world music counterparts might get. I’m talking of the lucrative summer festival gigs that are made for reggae music - but not if reggae attracts violence.

It’s therefore time for the dancehall stars to have their reggae tag revoked so that in future (when this kinda thing happens again) the music of Bob Marley won’t be dragged into the mire.