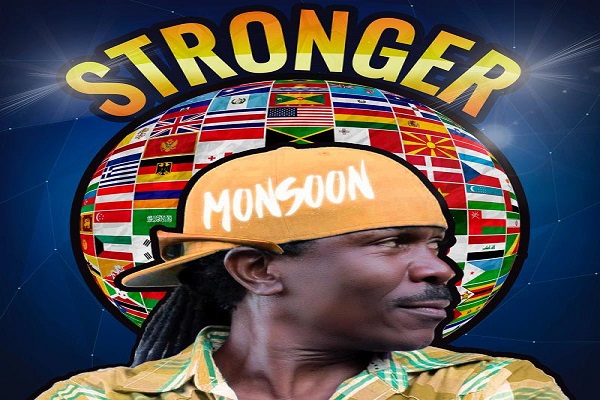 A native of Northern Clarendon in Jamaica, the veteran singer-songwriter's vocal ability has been compared to reggae veterans Capleton, Luciano and Tony Rebel. But where he really shines is on stage. After all, with a name like Monsoon, Bedward knows he has to come in like a strong wind, without mashin' up the place too much. If you ask Monsoon, he'll tell you his passion to explode musically has always been in his DNA.

"I found my gift for music when I was 6 years old," he said. "I sang in church and DJ'd on the radio and in school. My friends called me "Juke Box" - because as they would knock the desks, I would rap to the beat."

A stage career was in the making from them (students even paid to hear him sing and DJ their favorite songs). While Juke Box was making a name for himself in class and on the playgrounds, his behavior didn't sit well with the principal and his teachers.

"I used to spend a good amount of time in the principal's office," he recalls.

But Monsoon pressed on-eventually entering and winning community "clashes" and DJ sessions. But he'd soon outgrow his surroundings, and looked to bigger and better things in Kingston. That's where he was introduced to B & L Promotions, which at that time managed the likes of Johnny P., Lady Mackerel (now known as Macka Diamond), Singing Melody, and others. This gave him the opportunity to travel across the island to perform and hone his stagecraft. Shortly after this stint he migrated to the United States where he settled in the Washington, D.C. area.

As CEO and lead singer/deejay for S.T.O.R.M., one of DC's top area reggae bands, Monsoon earned acclaim for his CD release, "Eye of the STORM," while he received numerous awards, including "Song of the Year" for "Asalaam-Alaikum", "DJ of the Year" as well as, "Recording of The Year". One track on the CD, "Holla Holla" was on the soundtrack for the movie, Nora's Hair Salon II in 2007, featuring Tatyana Ali and Stacy Dash.

His talent has been discovered by a variety of producers and bands in the area. He recorded a track entitled, "Love and Unity" that garnered attention as far as Japan. Monsoon is currently recording songs with top producers in Jamaica and continuing to pursue his solo career.

Monsoon, who performed at President Clinton's inauguration and has opened for international recording artists (including Shaggy, Buju Banton, Capleton, Beres Hammond, Steel Pulse and Third World) is poised and positioned for his new direction in his career.

"I'm anxious to see how far I can go. It would be nice to be recognized as one of Jamaica's finest reggae artists, but these things take time," says Monsoon.