Sweet Jamaica will be released in February; Jamaica's national Reggae Month and features a range of music from the roots of Ska in the early 1960's through the birth of Reggae and into today's contemporary Dancehall-driven pop music culture.

Sweet Jamaica will be released to digital and retail stores under his independently-owned MV Music imprint on Tuesday, February 21st.

Known for melodious style of deejaying or rapping Mr. Vegas' abandons his usual 'sing-jay' mode and shows off his singing talent on remakes of Toots and the Maytals' classic, Sweet and Dandy, and Alton Ellis' Rocksteady cover of Brenda Holloway's You Make Me Happy. 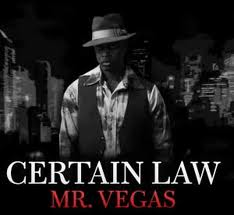 Sweet Jamaicais the best of Jamaican music - from the foundation until now. Jamaica celebrates 50 years of Independence this year, and I want to celebrate that by showcasing 50 years of Reggae," says Clifford "Mr.

"I am releasing this album in February, which is the month we celebrate Reggae in Jamaica and Black History in America. Reggae is such an important part of what makes Jamaica unique, it is our signature sound and Reggae is key part of our culture and our Jamaican brand. Reggae figures like Bob Marley and Dennis Brown - who were both born in February - are important figures in music history in the United States and throughout the world."

MOBO award-winning artist, Mr. Vegas, has been one of Jamaica's leading international forces since his entry into the music industry in 1997. Over the past 15 years, he has built an extensive catalogue which includes Billboard charting hits, Heads High and Pull Up and urban radio bangers, Tek Weh Yuhself, Hot Wuk and Gallis. Sweet Jamaica is his fifth studio album.