Calado resided in Maxfield Park, Kingston, until he moved to Clarendon at the age of four. 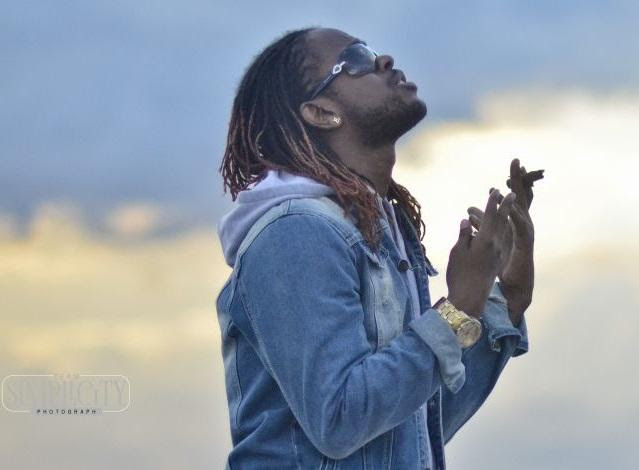 After graduating from Edwin Allen High School at age 16, with a CXC Distinction Honour for Art & Craft, he moved back to Kingston with the intention to pursue a visual arts career. But fate was pulling him in another direction.

He soon found out that he had not been completely off track though, instead of visual arts, he was destined to become a performing artist. Instead of drawing, he has become a musician - one of the most prominent newcomer to the Dancehall Reggae scene to date.

Calado developed his love for music after an impromptu performance for several of his friends. Startled by his raw talent, his friends encouraged him to hone his art; and this he did! Building on the influences of his favorite lyricists Assassin, Junior Gong and Eminem, Calado has created a style that one could argue is second to none right now.

After an exhilarating performance at a local stage show, Kalado received a further nod from fate when his performance was so well received that he was invited as a ''Wild Card'' contestant by International producer, Scatta, to compete in the prestigious Magnum Kings and Queens of Dancehall.

His journey has been a long one and full of life lessons. He has had to endure social and economic struggles, compounded by absentee parents- a painful struggle that he uses as motivation and inspiration for his music. But hard work always pay off - after years of doing things all by himself, he met Jim Kelly who believed so much in his talent that he decided to become his Manager. He has had the opportunity to work with some of the most talented producers in Jamaica such as J Cannon, Dre Dey of Star Status Music and Icon of I.M.G (Icon Music Group). In 2009, he released his first hit single ''Badmind a Kill Dem'' under his own label, G Law Records.

This success brought him much notoriety and pushed his career to new heights. His most recent project is his sophomore "Sad Streets" mixtape. Singles such as ''Carry on'', ''Sad streets'' and ''Provide mi own'' has captured the attention of some of the most influential local disc jocks and has lead to him receiving heavy airplay on almost every station on the island. He has 2 videos "Badmind a Kill Dem" and "Sad streets", which are from the "Sad Streets" mixtape.

Kalado denies copying any artiste's nude video concept. Not rated yet
May 14 2017 Kingston Jamaica Dancehall artiste Kalado has released his very raunchy and explicit video for the steamy single 'Sexcited'. The single, …

Kalado Injured in near fatal Car Crash Not rated yet
February 28, 2017 Kingston Jamaica Just weeks after releasing the collaboration video for the single 'Adultery' he has with deceased Dancehall artiste …

Kalado Dedicates Adultery Video To The Late Jcapri Not rated yet
Dancehall Star Kalado has released the highly anticipated video for his cheaters collaboration with the late Dancehall trailblazer J Capri. The single, …

Kalado's 'Bruk Foreigner' A Diss Song To Jamaican In USA? Not rated yet
Kalado getting heavy backlash online since the released of his latest single 'Bruk Foreigner'. Kalado's "Bruk Foreigner" is produced by Tek Ova Records/Knock …

KALADO "FLING IT ANYWHERE" NEW SINGLE!!! Not rated yet
Dancehall star Kalado has released the much anticipated video for his rising hit single Fling it Anywhere. The video was shot and directed by Ruption inside …

Busy 2014 summer schedule for Kalado  Not rated yet
'Living The Life' is one of the new summer songs from raving dancehall act Kalado, whose star is definitely in the ascendancy. It will be a season of …

Kalado's Bad Inna Bed Video gets over 1 million views on Youtube. @OfficialKalado Not rated yet
The video which was released in June of 2013 has a combined views of over 1.2 million views and counting on youtube. The single which was produced by …

Kalado's 'Make Me Feel' is #1 and Most Requested Son In St Lucia, Youtube Video Surges Over 100,000 views Not rated yet
His popularity is steadily increasing and if anything to go by, the Alliance Next Generation artist is sure to be the next sensation from Bounty Killer's …