Blender was born on February 20, 1956 in the parish of Clarendon, Jamaica. His first love was painting, music was second. 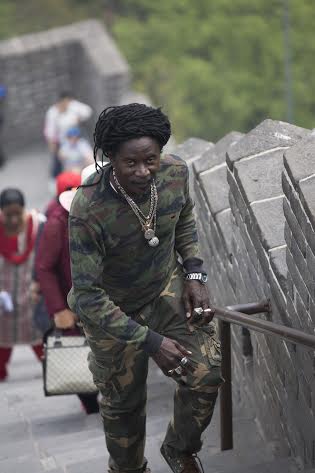 Everton Blender The reggae singer with the smooth tenor vocals.

Blender began his career singing in an amateur talent contest in the late 1970s at Kingston's Bohemia Club. He usually do cover version to most of the late prince of reggae songs Dennis Brown.

After a short break from the music business, he was introduced to record producer Richard Bell in 1990 by the late Garnett Silk. Richard wasted no time in signing Everton to his Star Trail Label.

This led to instant sucess with the released of "We No Jus a Come". This was followed by the release of his first album "Lift Up Your Head" in 1994.

During the 1990s Blender, Garnett Silk and Luciano were some of the most prominent cultural reggae singers.

He has since worked with producers/labels such as Heartbeat, Greensleeves, Star Trail, Malako, Rounder, Explorer and his own label "Blend Dem".

He is a die-hearted Rastafarian and practice the rasta trade. You can always look forward to see him at the annual Nyabingi celebration which is held each year in Granville, Montego Bay, Jamaica.

He was awarded by the Chicago Martins International Awards and South Florida Reggae/soca awards in 1996 and 1997 for the most "Improved Entertainer".

Blender has truly bridge the gap between the roots and dancehall reggae music.