Spanner Banner - One of Violet and Ivanhoe Bonner's 11 offspring, the Jamaican-born performer is one of four siblings who headed into the music business. 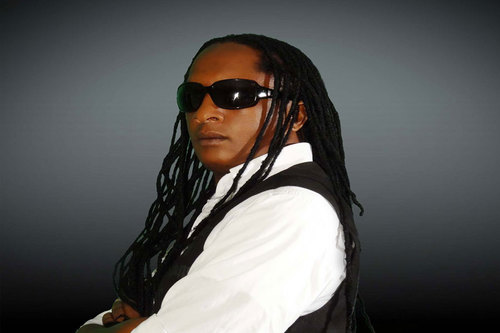 Brother Pliers, who made the leap to professional recording artist in 1987, is one-half of the duo Chaka Demus & Pliers, whose international hits include "Tease Me." Banner penned and originally recorded the song before Pliers took it into the Top 5 on British charts. Richie Spice, another brother, debuted in the U.S. during the summer of 2000 with Universal, an album that offered three Bonner brothers for the price of one with featured appearances by siblings Banner and DJ Snatcher Dogg. Four years before, Spice had scored big with the single "All Night Long."

Banner became interested in music early in life and began to try his hand at songwriting. Early on, he sang in St. Andrew. By the late '80s, he was working on the single "Life Goes On" with Winston Riley, a producer who also sings with the Techniques. The song earned him a large number of fans and led to the recording of a similarly named album. Producers began to sit up and take notice, among them Bobby Digital and Philip "Fattis" Burrell, and he was off and running with his recording career.

Island Jamaica offered Banner a recording contract in 1993. The following year he put out Now & Forever, and two years later the company released Chill. The album benefited from the input of experienced producers Sly & Robbie and the Jamaican Music Awards honored the effort by naming it the year's Best Produced Album. The release spawned several successful singles, among them "Universal Love," "Cheater," "What We Need Is Love," "Michelle," "You Gotta Be," and the title track. Banner supported the release with tours that took him to the U.S., Europe, Africa, and Great Britain.

By 1997, Banner had put out the album Clean Up Your Action and had established a label of his own that he dubbed Sweet Angel. The new label issued his Lover's Story album the following year, and it spawned another hit single, "Ladies Man." Goldfinger worked as producer on a trio of the recording's tracks. In addition to performing, songwriting, recording, and running his record company, Banner also took on the duties of a producer. He also began a professional association with Blend Dem Productions, a label headquartered in Jamaica. ~ Linda Seid

Spanner Banner to release EP and album Not rated yet
With major hits like Life Goes On, Live And Learn and Michelle in the 1990s, reggae singer Spanner Banner is planning to make a new mark with his upcoming …

Reggae Star Spanner Banner Stands Strong! Not rated yet
Joseph Anthony Bonner popularly known as Spanner Banner was born in Rock Hall, St. Andrew. He is the eighth of eleven children for his mother Violet Bonner. …

Reggae Artiste Spanner Banner Set To Marry Media Personality Suzie Q, Not rated yet
International reggae singer Spanner Banner has a busy summer ahead of him with various slated shows to an upcoming intimate performance at Usain Bolt's …