Dre Island Delivers "Lyrics Like an M16", Performs for 1st Time in Jamaica

Revival, Resurgence and Revitalization, all depictions used of late to describe reggae music and the new wave of young consciousness-raising, spiritually awaken artist evoking a golden era when Bob Marley sang of oppression. 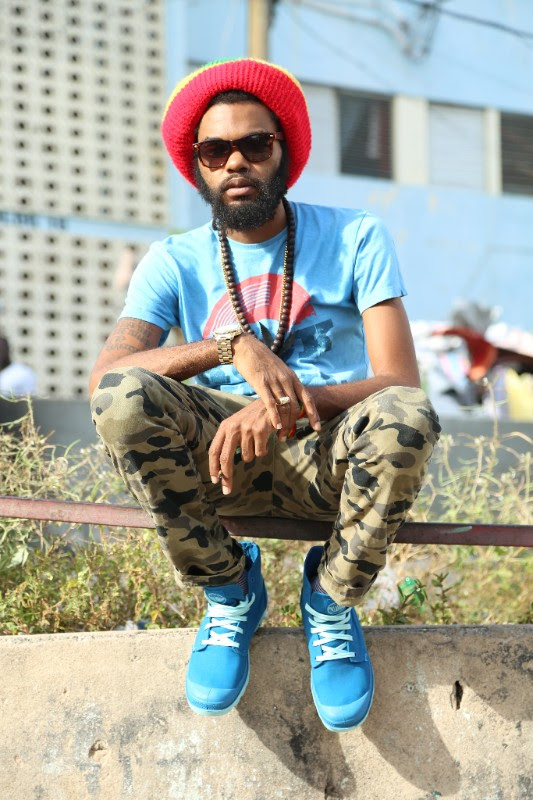 Possessing a distinctively smooth, mellow voice paired with conscious and prolific lyrics, reggae artist Dre Island's music has laid out his solid stance at the forefront of the roots and culture movement. His socially-conscious messages have prompted his meteoric rise.

On Dre Island's latest released "M16" off the upcoming debut Project Now I Rise, coined "Trapment genre by E5 Records executive Mini, the artist uses his voice and music to answer an on going call as a musical messenger for the destruction of the an unjust ‘Babylon’ system.

The lead single graphically compares the potency, power and impact of the artist lyrics to that of an 'M16 riffle. With a creative and serious play on words Dre Island "rings the alarm" calling out the "champions" and the "youths" to wise up and dismantle the existing system that has them under pressure and suffering.

Inspiring the youths to realize their true potential with "Lyrics Like An M16",  Dre Island M16 is available in all major online stores such as iTunes distributed by 21st Hapilos Digital.  'Now I Rise’ is set for release early 2016. 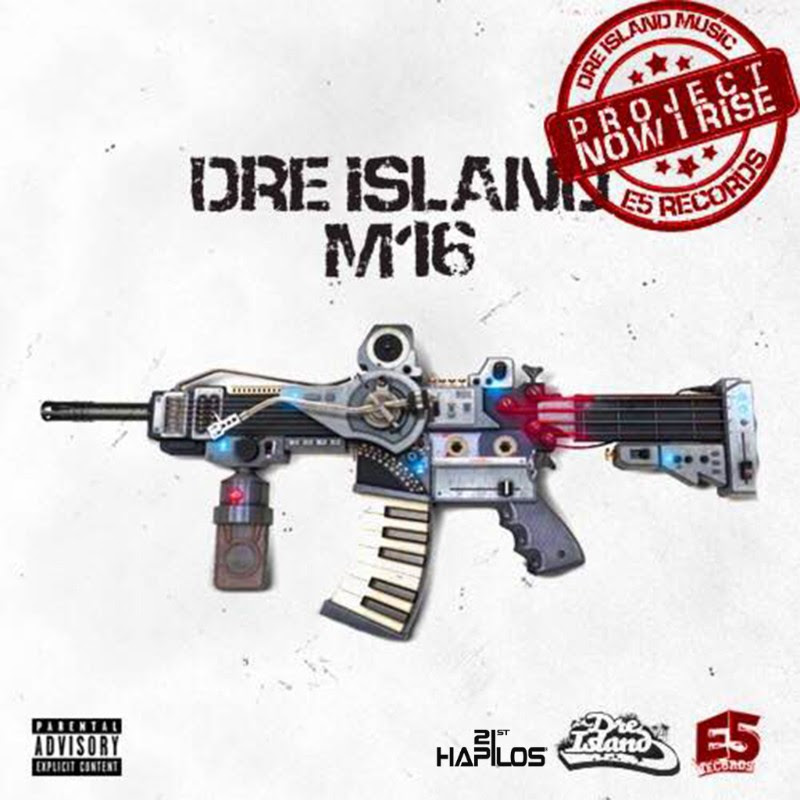 On December 12th, 2015, Dre Island will take the stage in Kingston, Jamaica backed by Jah Kingdom Warriors. "For I an I that's a grateful experience, a humbling experience for i an i. It will also be an historical moment for i an i so i am looking forward to that seen as It's the first time ever I will be performing in Jamaica and doing a show with my band.

Jamaica is my home you know, its only fair, and its only out of my love for my people, my immediate family here in Kingston, St Andrew that I give them that first love that they have given to me from the beginning cause they are the one that have encouraged me before anybody else saw Dre Island to the world, these are the people who here at home, the supporters at home that encouraged me, motivated me, inspired me, supported me, the ones that said Dre you're going to reach far so you know it's out of my love for the music, the teachings, the message of his majesty, you know that I give a show to my people here in my homeland so I give thanks for this moment". stated the humble artist.

For fans of Dre Island and reggae music lovers, this event has been highly anticipated and speaking on what the night has in store, Dre related; "One can expect a night filled with musical message, a night filled with a life affair, about life, about the journey of life, whether it's relationships, war, all the elements surrounding everything of life is what make life.

I an i is a person who sings about life, most of my music once you listen to it is about life, things that i have experienced, things that have happened in my surroundings, things that I have seen with my own eyes so on that night it's all of these elements put together you know, put a positive message and a positive vibration sending out to the universe on the 12th of December, a night filled, a musical affair" 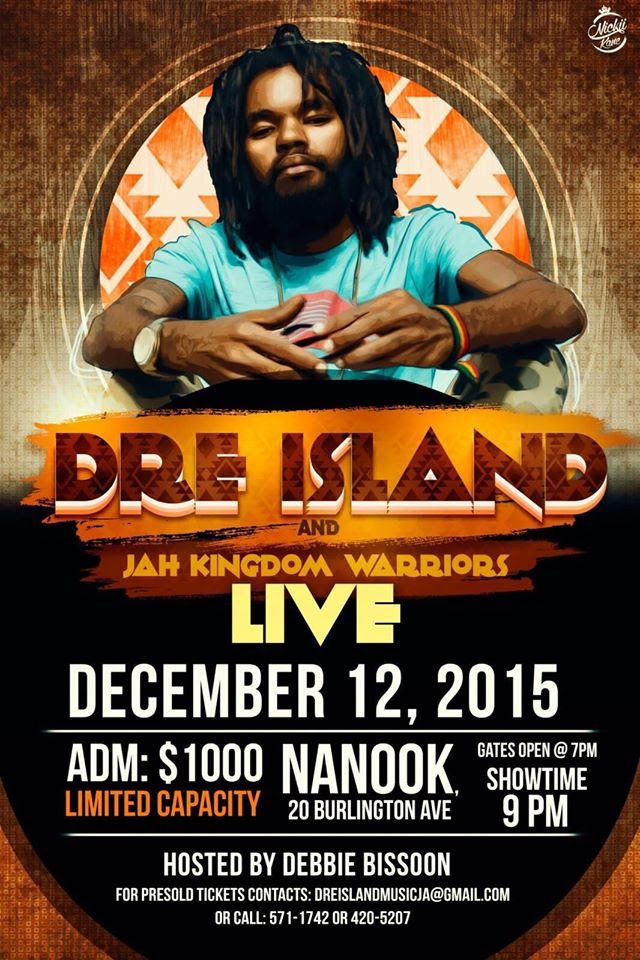 Dre Island is undoubtedly one of the more intelligent and exciting young musicians, to emerge out of Kingston, Jamaica. Born Andre Johnson, on May 2, 1988, Dre Island exhibited a very strong interest towards music at a young age.

His enthusiasm pushed his grandmother into convincing his father to have Dre take music lessons. Dre had the privilege of choosing which instrument he wanted to learn.

He chose the piano. As the lessons went by, he improved his skills and got to love the piano more and more. At age eleven Dre was introduced to a recording studio.

He observed keenly, everything that went on, and it was from there that he developed the knack for building beats (Rhythms) and having different artistes sing on those beats.