The Alliance Next Generation is a Reggae and Dancehall music group, it is the brain child of dancehall General Bounty Killer.

THE GROUP WHICH WAS OFFICIALLY FORMED ON JANUARY 1, 2011 IS BOUNTY KILLER IDEA OF FORMING AN INSTITUTION WHICH WILL ASSIST, MENTOR AND ESTABLISH YOUNG ARTISTE IN THE ALLIANCE CAMP. 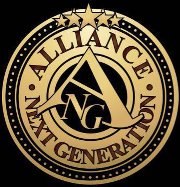 currently the face of the new set of Alliance artistes that will be emerging for 2011 and beyond.

Pursuing their career individually over the years, these artistes were always familiar with each other before the Official formation of the group which was on Jan 1, 2011.

Since then they have performed on a number of shows, they all did an in studio interview at Roots Fm and also did an exclusive interview with the Jamaica Star which was featured in the Entertainment section on Tuesday, Jan 18, 2011.

Chosen by Dancehall living legend and arguably the most influential artiste in the history of Dancehall, Bounty Killer has done it again, giving these young artistes the notch to take their career to another level.

They are all individual artistes, but, will emerge as the new face of the Alliance, walking in the footsteps of Alliance Giants such as Bounty Killer, Mavado, Busy Signal, Bling Dawg and Wayne Marshall.

Some of the artiste who have already signed to ANG are Iyara, Patexx, Marlon Binns, Calado, Bridgez, Assailant, Kym, K-Queen, Prince Pin, Dadda, Venon, Askel, Boom Steppa, 300 and many others.

Pursuing their career individually over the years, these artistes were always familiar with each other before the Official formation of the group which was on Jan 1, 2011.

Getting this major endorsement from Bounty Killer himself these young artistes have all taken the initiative to work much harder to achieve what giants such as Bounty Killer and Mavado have attained.

The idea behind the forming of ANG is that he wanted to form an Institution which will assist, Mentor and establish young artiste in the Alliance camp.

The group has worked for record lable such as Yard Yvbz, Payay Music Group and Echo One Productions.

The group is manage by Cross Cris, ANG is just a extention to Alliance Family and while the artistes are operating under the heading ANG, they also have solo careers.

Pages related to Alliance Next Generation

ANG Prince Pin Empowers Savlamar To 'Represent' and Launcehes Video & Stage Show Next Sunday, March 31, 2013 Not rated yet
Alliance Next Generation artist Prince Pin showed in no uncertain term that he is definitely the "Prince" of Savanna La Mar, Westmoreland, Jamaica. …

Alliance Next Generation Splinta new singe Splinta Bullet Not rated yet
The single was released in October of 2012. It can be downloaded here Listen Splinta Bullet below.. READ MORE ABOUT ALLIANCE NEXT GENERATION …

Calado (ANG) interview with Winford William of Onstage TV Not rated yet
ANG recording artiste Calado is said to be the next artiste to break out of the Bounty Killer lead ANG camp. Calado sat down recently with Onstage TV …

A'N'G Ignites Birmingham Not rated yet
Bounty Killer's next generation of Alliance artiste are definitely on the verge of success after giving a masterful account of themselves on April 14, …

ANG ARTISTE CALADO HITS THE GROUND RUNNING FOR 2012 Not rated yet
Dancehall Eton 'Calado' Gordon is keen on making a mark for himself this year. The artist who has been a member of Bounty Killer's ANG camp since last …

IYARA SHOWS GROWTH WITH REAL REGGAE ! ARTIST TO WATCH FOR 2012 Not rated yet
With 2012 just nearly 3 weeks old, the Alliance Next Generation artist has been in the spotlight since his onslaught at Sting on Dec 26, 2011. The artist …

Iyara Dancehall and Reggae music recording artiste Not rated yet
Iyara is one of the member of the Bounty Killer led ANG (Allicance Next Generation). Born in Portland in a community name Belvue in 1984, the artiste …