Adele Harley is currently one of the most accomplished up-and coming artists in the UK Lovers Rock genre.

Harley’s debut album, “Come Into My Life” was ranked among the “most impressive albums of 2011” by BBC Radio celebrity David Rodigan, and Harley’s singles have been licensed by virtually every renowned producer in the contemporary Lovers Rock industry including Mafia & Fluxy, Kemar McGregor, Rory ‘Stone Love’,Lloyd Campbell , Lee Francis & Barry O’Hare. 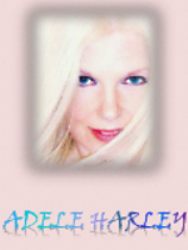 After some stunning releases in 2012 Adele is now working on a second album feat.Maxi Priest and some other surprise collaborations

She was nominated in the top five best female vocalists in ‘British Reggae Industry awards. She is set to perform with the great Beres Hammond, Tarrus Riley and Romain Virgo on Saturday October 13th 2012.

British-born singer songwriter Adele Harley studied music from the age of five. As well as singing she plays violin, flute, piano and guitar. Her love of reggae music led her to work as avocalist for Reggae artists and has seen her perform at both the Leeds and London Carnivals.

The partnership with Mafia & Fluxy has alsoseen Adele’s songs feature on the compilation albums R&B to REGGAE, STRICTLY VOCALS,STRICTLY LOVERS ROCK and STRICKLY ONE DROP and on the JA to UK album alongside artists such as Richie Spice, Turbulence and Gyptian.

Adele’s singles ‘It’s not the same’ and ‘I can’t make you love me’ have also been released on JAH BLESS (Pickout Records), Lloyd Campbell’s Joe Frasier (VP) Records and the R&B HITSREGGAE STYLE compilations.

As many UK artists know too well, breaking America and Jamaica is quite a task in itself but Adele is rapidly building up a fan base in both countries and will be returning to the home of Reggae in September 2012 for more recording with ‘Rory Stone Love’ and ‘Stevie Face’.

In a rare opportunity & for a limited time only Adele will be available for radio and television interviews, Dubplate sessions and bookings live and direct in Jamaica from September 27th 2012 until October 5th 2012.