Usain Bolt will be presenting his first music project named after his own signature sweet champagne Cuvee' Usain Bolt Olympe Rose,' as a tribute to his entry into the world's luxury alcohol space in collaboration with Pernod Ricard under its GH Mumm Brand. 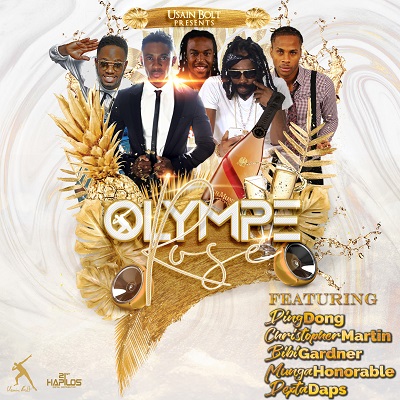 Usain Bolt is no stranger to record-breaking success. The track star has brought together a team of Jamaica's most prominent names in Reggae and Dancehall, namely, Christopher Martin, Munga Honorable, Dexta Daps, Ding Dong.

Also introducing his friend and former Reggae Boyz Ricardo "Bibi" Gardner, who is also a feature on his first musical presentation dubbed the "Olympe Rose Riddim" produced by Rajah Karanja Nelson will be releasing on July 5th.

The album is strategically scheduled to release with the launch party of Usain's honorary GH Mumm Olympe Rose Champagne. Usain Bolt's team signed on with 21st Hapilos to distribute the project.

Bolt is exceptionally excited to executively produced his first Dancehall project. The project has been in the works for the past three months.

The nine-time Olympic Gold Medalist is always happy to showcase the different facets of his Jamaican culture to the world.