Dancehall artiste Ding Dong known for hits such as ‘Holiday’ and ‘Gyalis’ has returned to the spotlight armed with a positive message for the youths. 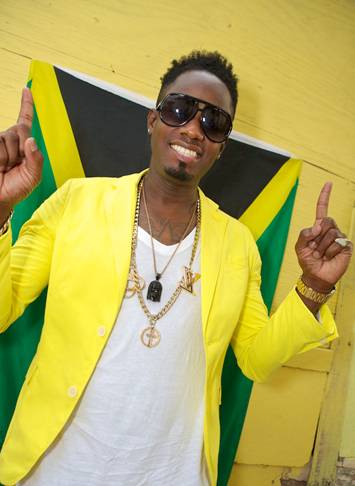 The entertainer recently joined forces with award winning producer Markus Myrie of Markus Records on a new single titled ‘Protect Your Life’,  that sees a re-invented Ding Dong advocating for Peace, Parental Counselling,  Abstinence and Safe Sex; messages that are seldom highlighted in an industry known to glorify violence promiscuity and abrasive behaviour.

In an effort to reinforce his message Ding Dong also enlisted the services for noted director Vjone for an official video.

Shot throughout the Corporate Area the ‘Skip To My Lu’ singer used the opportunity to unite members of a somewhat segregated music fraternity to stand in solidarity for the youths and parents of Jamaica as he sings “one life you get one life you live… if you don’t protect it nobody will … Mothers siddung and talk to your daughters dem nuh use belt buckle slaughter dem…  for the youths weh nuh ready fi turn father yet a condom keep yuh out of it… protect your life”.

According to Ding, “This is not just another song it’s something that’s personal to me as an entertainer and a father to emit positives messages to the youngsters. For years various Government agencies and corporate entities have chiding local entertainers about the lack of positive messages in their music.

So I want to be one of those to help with that change. The youths are the future and they listen to us more than even their parents sometimes, so as role models we do have a duty in helping to mold them; but it’s not only us everyone in society as to do their part including the parents.”

Ding Dong departed the island last Friday (April 12th) for a two week stint in Florida where he’s expected to launch an aggressive campaign around the project.

Other pages related to Ding Dong