T.O.K supa soak -  T.O.K has released their latest single titled "Supa Soak"   The track was produced by Afterdark on their Sumo Rhythm. The track is presently doing very well across the Caribbean. 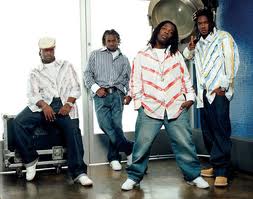 Group member Bay C said "So Supa Soak is definitely one of those tracks that soca lovers from across the Caribbean and West Indians in the
US will love".

T.O.K is one of dancehall and Reggae top Group.

The group came to prominence in the early 1990s, while they were still going to school and performing at school parties and local talent shows.

In 1993 they signed to Stephen Craig label, Nuff Records. Which led to Their first single "Hit Them High" released in 1996.

This was followed with singles such as Eagle Cry, Chi Chi Man, My Crew My Dawgs, Gal you A lead among many others.

They have since released three albums
1. My Crew My Dawgs (2001)


Their second album Unknown Language produce their biggest hit to-date "Foot Prints" which made it big locally and internationally, peaking at #93 on the Billboard Chart.

But the group did not have everything rosey, for their hit single Chi Chi Man they received a lot of criticism form the Gay Community worldwide.

Most of their fans might be wondering what does T.O.K means.

Two of the members have also released solo albums.