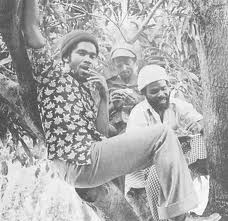 The band/group was formed in 1965 by Tony Brevett the brother of the Skatalites bassist Lloyd Brevett, Brent Dowe and McNaughton.

They got help with most of the writing and musical arrangement from Renford Cogle.

This group is consider to be Jamaica's greatest Rocksteady group. Their first recording was made in 1966, this was for Clement "Coxsone" Dodd's Studio One label. After recording songs such as Lay It On, Meet Me, I should Have Made it Up along with Lets Join Hands, they moved over to Treasure Isle Label which was headed by Duke Reid.

Other producers that did work with them are the late Sonia Pottinger and Winston Lowe's Tramp Label.


1969 was and still consider to be the best year in the group career. They teamed up with one of the best producer from that era Leslie Kong, This union produce hits such as "Sweet Sensation" and their signature tune "River of Babylon".

This song sold more than 1 million copies in the United Kingdom. In 1971 Kong suffered a fatal heart attack. The Jamaican music industry had lost one of its finest.

In 1973 Brent Dowe decided to take his musical career on a solo path. They did reunite a number of times to perform as a group.

As a band/group they has released more than eight album, Three of which are compilations, the latest was released in 2003. This compilation was titled "Sweet Sensation, The Best of the Melodians".

On the evening of January 28, 2006, after a rehearsal in preparation for a performance at the Prime minister residence Brent Dowe suffered a heart attacked and died, he was 59.

The remaining members Toney Brevett and Trevor McNaughton are still touring places such as Europe, Great Britain and USA.

They are now backed by the Yellow Wall Dub Squad.