Tanya Stephens, (born 2 July 1973, Kingston, Jamaica, as Vivienne Tanya Stephenson some say that she is an influential reggae artist who emerged in the late 1990s.

Stephens is most known for her hits "Yuh Nuh Ready Fi Dis Yet" — the single was later featured on the Reggae Gold 1997 compilation album — and "It's a Pity", which achieved Tanya international recognition. She and life partner Andrew Henton have together co-founded Tarantula Records.

Stephens was born in 1973 and grew up in St. Mary and St. Ann, attending Zion Hill and Ocho Rios primary schools and St Mary High. She has 6 brothers and sisters. 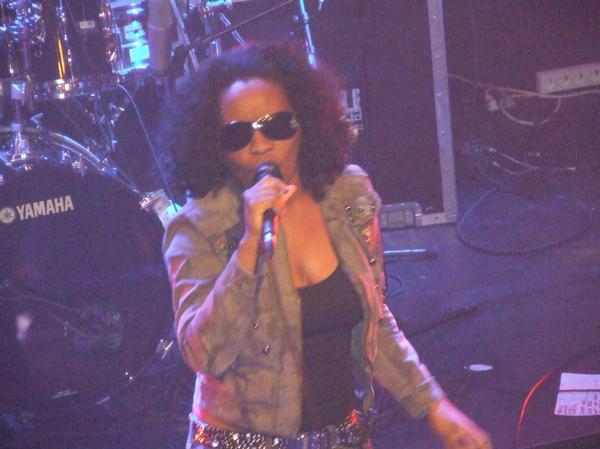 She began recording in the mid-1990s for producers such as Dave Kelly and Philip "Fatis" Burrell. Her 1996 single "Yuh Nuh Ready Fi Dis Yet", produced by Kelly, brought her to the attention of the Jamaican public, and she had further success with singles such as "Draw fi Mi Finger", "Freaky Type", and "Cry and Bawl".

Her debut, Big Things a Gwaan, was released in 1994 (featuring Yami Bolo on a cover version of Suzanne Vega's "Tom's Diner" and Prezident Brown on a remix of the title track), and second album Too Hype followed in 1997.

She moved to Sweden, where she signed a record deal with Warner Music Sweden and recorded the 2001 pop album Sintoxicated. After returning to Jamaica she released the critically acclaimed Gangsta Blues album in 2004.

Her album Rebelution was released in August 2006, and the first single "These Streets" was a number one hit in the Caribbean staying on Tempo's Chart at number 1 for more than 4 weeks. The album was totally sold out in Jamaica and other parts of the Caribbean. The track "Rosa" is a tribute to Rosa Parks.

Her latest album Infallible, was released in 2010, initially given free with the Jamaican base German magazine Riddim. Stephens has a daughter, Kelly, born in 1994. She is in a long term relationship with producer Andrew Henton.

Tanya stephens do you still care lyrics  Not rated yet
Where Bubba Grew Up, Kept his tobacco chewed up, And when they used to hang ropes, they always kep two up, Had crosses burnin all night like the church …

Tanya Stephens LIVE a success! Not rated yet
After 20 years in the business Tanya Stephens has once again shown Jamaica why she is regarded as one of the most appreciated artistes to grace its shores …

Tanya Stephens Delivers A Spectacular Performance at 'Woman Is Boss' Christmas Eve Show In Brooklyn Not rated yet
December 29, 2012: Legendary Jamaican Songstress Tanya Stephens thrilled her fans with a “Boss” of a performance on December 24, 2012 at the “Woman is …

Friends and Family and Triple T Production Presents: "Woman Is Boss" with live performance from Tanya Stephens! Not rated yet
Brooklyn, NY - Back by popular demand, legendary songstress Tanya Stephens is back in New York for a special Christmas Eve performance. "It's been …