Soja Band - “I want to speak for people who don’t have microphones,” Jacob Hemphill says. “Our goal as a band is to stick up for the human race.

We see the world and we try to make it better in the limited time we have here.”

This is the philosophy behind SOJA’s music, a simple statement that has driven the D.C. area band, who blend reggae, go-go, D.C. hardcore, Latin, rock and hip-hop.

Originally formed by a group of friends while still in middle school and has built a massive, dedicated fanbase around the world since. In the years following, SOJA has sold more than 200,000 albums, headlined shows in over 20 countries around the world, generated nearly 4 million Facebook fans, and over 90 million YouTube views.

The band has toured with Dave Matthews Band, Incubus, 311 and appeared at major festivals including Bonnaroo where they attract an almost Grateful Dead-like international fan base along the way, with caravans of diehards following them from city to city.

After the release of their 2012 album Strength To Survive, the musicians started writing material for what would become their fifth full-length album, “Amid the Noise and Haste.” 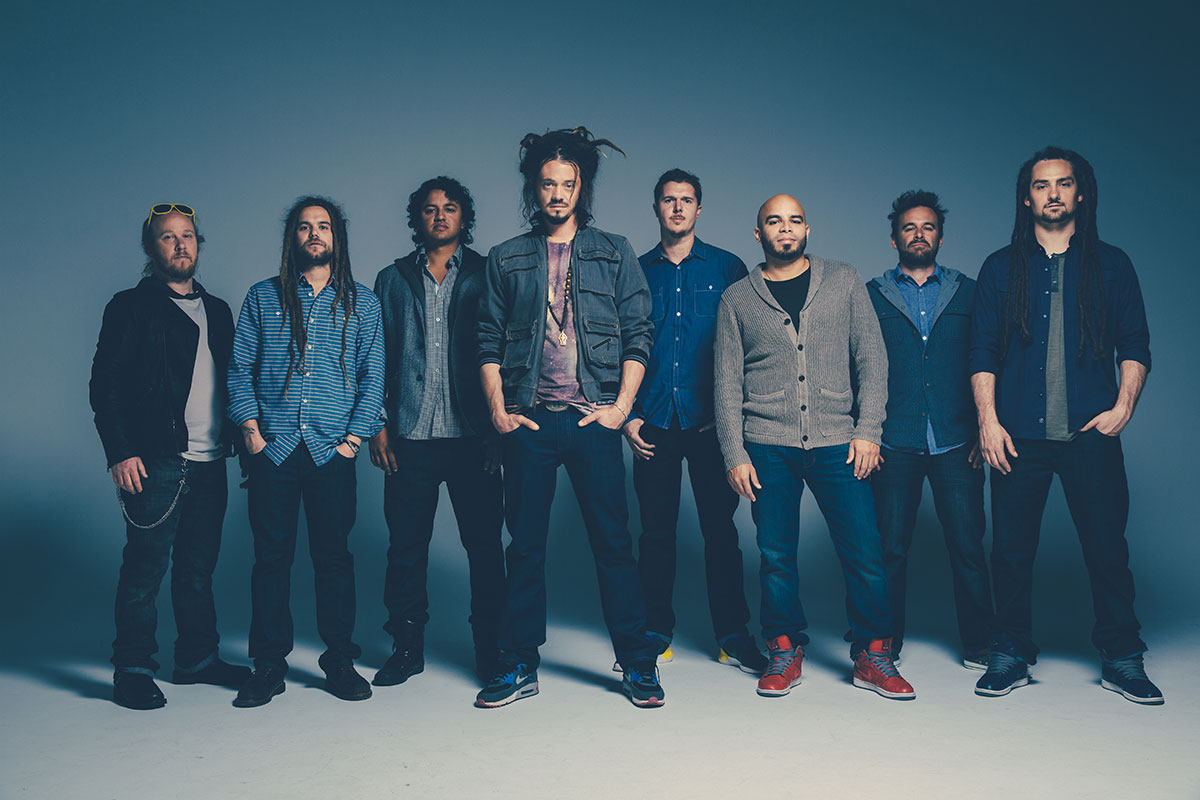 For Hemphill, who pens the lyrics, chords and melody, each song starts with an experience: meeting someone, reading something, experiencing something that seems pertinent to the human condition. On this album, the songwriter is suggesting that “all of life’s problems, and all of life’s answers are within us.

We’ve been conditioned to accumulate, compete and break others down around ourselves — not inherent to the human condition, but rather taught. Those things can be untaught. The real us is in there, somewhere.” All of this is translated into short, sweet packages of music.

The writing and recording process for Amid the Noise and Haste stretched out over a year and a half, mostly because the musicians kept finding new collaborators and new ideas along the way. The aim was to engage as many guest artists as possible, with each working on a song that had a legitimate connection to them.

The album was produced by Supa Dups (Bruno Mars, Eminem, Rihanna, John Legend) and recorded at Circle House Studios in Miami and Lion & Fox Studios in Washington D.C. throughout 2013. Damian “Jr. Gong” Marley appears on “Your Song,” a buoyant, hopeful number that asks fans to remind the band why they got into music by singing along, while “I Believe” brings Michael Franti and Nahko together to offer thoughts on how to control your own destiny.

Collie Buddz, J Boog and Anuhea are also featured on various tracks. “We wanted to bring together people who would help demonstrate each song,” Jacob says. “We wanted people who could either relate to or convey the message. The whole album is about the human race relating to itself and connecting with itself.”

For SOJA, whose live show is an explosion of energy and positivity, music is a means of helping people relate in a more affirmative way. It also asks people to look inside themselves and really ask what it is they want to do with their life and how they can be happy.

SOJA’s music is about finding that happiness and peace we all deserve and helping others do the same, something Amid the Noise and Haste aptly conveys in its songs.

“I put words in my songs that I believe to be true,” Jacob says. “The point of the album is reconnecting people to the power inside themselves, getting them to fall back in love with life again. Look around, take a deep breath. All the answers are there.” ❖

SOJA "Live In Virginia" Now Available to Pre-Order Not rated yet
We are very excited to announce our first Official Live Album is now available to pre-order! Pre-order now at iTunes, Amazon, or our Official Store and …

Soja "I Believe" (feat. Michael Franti & Nahko) Not rated yet
I believe 4x No matter what you do I believe 4x It will all come back to you Stand up and find your own way Or sit down and wait for …