In an over saturated industry such as the music business, every so often comes an undeniable talent that leaves a lasting impression. Such is the distinction given to Waterhouse, Jamaica native Alandon. 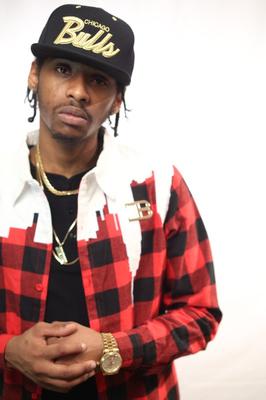 The young star in the making is touring the West Coast where he is performing his numerous hits such as his latest "Movie", "1980", "Ganja Party" and more from his remarkable discography.

Produced by Point Bank, Alandon latest single "Movie" featuring billboard rapper Dougie F is gathering steam and created a strong buzz both on social media and the various airwaves. The single merges Dancehall and Hip Hop with an infectious beat and hardcore prolific lyrics from both artists.

Speaking on the song meaning and inspiration, Aladon explained "MOVIE is a fun song for sure, but it represents my lifestyle .. it is alot of things I see everyday on the road and in my city too. The riddim produced by Point Blank who done things for Pitbull so already the song gonna be at a certain level. Wait till people see the video though, we just shot it in LA while I was on tour with Tarrus Riley and I swear its MAD!"

Originally hailing from Waterhouse neighborhood in Kingston Jamaica, Alandon is now based in the Jamaican ex-pat hub of Hartford, CT and has developed a very loyal local fan base. He can be heard constantly on hometown HOT 93.7 WZMX and added to his accolades crowned "2015 Hartford New Artist of the Year" by the station. Summer 2016 isseeing the young rising star touring, and in the fall Alandon will be relocating to the LA area and set off a new phase of his career while pursuing new opportunities and endeavors.