Reggae Singer Protoje born on June 14th, 1981 (Oje Ollivierre) is one of the freshest face in the dancehall and reggae music business today (2010).

Since the release of his first single "Arguments" in 2009, Protoje has been hailed as the next big reggae artist. 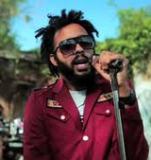 He has impressed many reggae music lovers with his conscious and sharp lyrics.

In an Interview the singer said "I wish that I was born in the 1960s instead of the 1980s. This is because of my love for vintage reggae music".

When he was asked as to how he came about with the name "Protoje" he said, "I got it from a friend name Evaflow.

Many fans said that his Style of music can be classified as Dubstyle reggae. His latest thought provoking single "JA" is in heavy rotation on local radio stations.

On most weekends he can be found performing live in Kingston, Jamaica, or at the studio working on his debut album "The seven Year Itch". Which is soon to be released.

Protoje first gained notice for his 2005 mixtape Lyrical Overdose Volume 1, featuring mostly hip hop-influenced songs. With a guest appearance by Busy Signal, however, his future career was leveled as a reggae and dancehall artist.

In 2010, Protoje began working with Don Corleon Records, run by his cousin and popular Jamaican producer Don Corleon. After releasing "Dread", "JA" and "Roll" in 2010, Protoje's debut album, entitled The Seven Year Itch, was released on 25 January 2011. The first single off the album, dubbed "Arguments" (2009), was responsible for his early popularity in Jamaica. In 2011, he released another single off the album entitled "Rasta Love" featuring Ky-Mani Marley.

His second album, The 8 Year Affair, was released 12 February 2013. "Who Dem a Program" was the first single released from the album in January 2012, with "This Is Not a Marijuana Song" following mid-year. "Kingston Be Wise" was heavily promoted via traditional and social media. On the day of its release, 5 November 2012, the music video became the most viewed YouTube link among internet users in Jamaica.

The song "Kingston Be Wise" (a remake of Ini Kamoze's song "England be nice") was featured in the video game Grand Theft Auto V on the in-game "Blue Ark" radio station, increasing its popularity further and making an international name for the reggae artist. Protoje cited reggae artist Ini Kamoze and group Black Uhuru as influences when recording the album.

Reggae Singer Protoje third album Ancient Future was initially set for release in September 2014, but was put back until March 2015. Produced by Phillip "Winta" James, the album includes the song "Who Knows", a collaboration with Chronixx, which was released as a single. Two tracks from the album, "Answer to Your Name" and "Criminal" were released ahead of the album as exclusives on the England Be Wise mixtape for BBC 1xtra DJ Toddla T. Two weeks after its release it topped the Billboard Top Reggae Albums chart.

On 14 June 2016, Protoje released Side B of his fourth studio album, Royalty Free, as a free download to the public on his website.

Reggae singer Protoje long awaited album "The Seven Year Itch" is set to released on January 25, 2011. The album was recorded and produce by big name …

Protoje - "Criminal" - Official Lyric Video Released & U.K. Dates Not rated yet
"Criminal" is the fifth video from my third studio album Ancient Future, and it was important to me that it was presented as a lyric video. The lyrics …

Protoje - Bubblin lyrics Not rated yet
Feel free to get lifted Young, fit and gifted And as we gather to take part in this ancient tradition Chalice full of water, ashes you nuh see Zuggu …

Reggae singer Protoje - I&I (Official Music Video)  Not rated yet
This is the official video for 'I&I' by Protoje from the album 'The 8 Year Affair'. Available on iTunes: https://itunes.apple.com/us/album/i-i... …

Protoje The 8 Year Affair album Not rated yet
Reggae artiste Protoje has just released his second album titled 'The 8 Year Affair'. The Album can be purchase online, the link is located below.. …

Protoje - Kingston Be Wise (Official Music Video)  Not rated yet
This is the official video for 'Kingston Be Wise' by Protoje from the album 'The 8 Year Affair' Download Lyrics+Wallpaper+Artwork and short story: …

Protoje no lipstick lyrics Not rated yet
Intro: Empress look what I brought for you Marijuana glistening in the morning dew Chorus: She put her lips to my blunt and kiss it No excuse …

protoje for Reggae Sumfest 2011 Not rated yet
Dancehall reggae artiste Protoje is looking forward to his upcoming performance on this year’s 2011 staging of Reggae Sumfest. He will be performing …

Protoje & Ky-mani Marley Rasta Love Lyrics Not rated yet
Chorus (Ky-mani Marley) And she didn?t know how To tell him She was in love with a rastaman. Fyah was burnin?, and burnin? Till he drop what she …