Reggae Recording artiste Sevana is Jamaica’s quintessential triple-threat talent, with singer, actress and model credits all to her name. 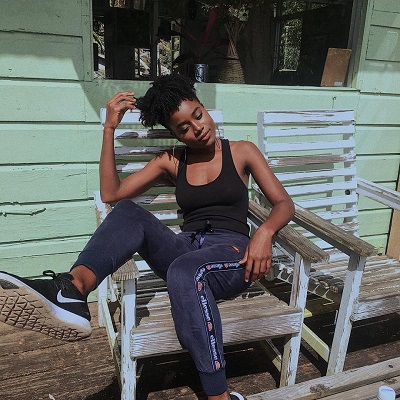 It’s safe to call her the island’s latest “it girl” as her photogenic, natural look has made her a favourite of photographers and fashion brands far and wide.

With her next single, “Nobody Man” — out July 19 via In.Digg.Nation Collective/Easy Star Records — Sevana delivers a playful, catchy vocal over an infectious dancehall beat that will have you singing along without even noticing it - Perfect for any Summer playlist.

Born Anna-Sharé Blake in Jamaica’s westernmost parish, Westmoreland, Sevana coined her name after Savannah-La-Mar, the picturesque coastal town where she grew up. Her musical awakening began at eight years old over a hearty Sunday morning breakfast, when she broke out in an impromptu rendition of Celine Dion’s “A New Day” for her family.

After years of dreaming of a career as a singer, she took her first step towards achieving her goal in 2008, when her fledgeling girl group SLR appeared on Jamaican TV talent competition Digicel Rising Stars, ultimately finishing third.

It would take six more years before the appearance of her debut single, but it was worth the wait. “Bit Too Shy” was produced by Protoje and Phillip “Winta” James (producer of some of modern reggae’s biggest tracks) and, along with her features on Protoje’s Ancient Future, quickly put her on the map as a talent to watch.

Instantly comfortable, confident and engaging on stage, she flourished on stage and began making regular live appearances alongside Protoje and his band, Indiggnation. In July 2015, she joined Protoje on his Ancient Future Tour across Europe where she got her first taste of life on the road. It would not be long before she returned to the continent for a solo tour of her own.

Sevana’s self-titled EP was released on July 2016. Sharing honest stories from her childhood, her feelings about her family and thoughts on letting go in the dancehall, the six-song release showcased her many dimensions as an artist. The following summer saw her perform solo on some of Europe’s biggest reggae festivals; she also opened for Protoje and Romain Virgo on their respective U.K. tours in 2017.

Meanwhile, her role as exasperated office worker Renee Patience in Losing Patience, which appeared on Jamaica’s top station TVJ, earned her praise for capturing a slice of middle-class Caribbean life little seen on the screen.

Hailing from Jamaica gives any artist a certain legitimacy, but it also brings certain expectations — ones which Sevana lives up to but also defies. While reflecting the island’s musical sensibilities in some ways, her vocals are strongly influenced by modern R&B, evoking such soul queens as Jazmine Sullivan and Adele.

Her last release “Sometimes Love”, debuted June 2018, received heavy rotation within Jamaica and the UK, and was featured as BBC 1Xtra’s Mista Jam’s “Jam Hot” Record of the Week. Sevana has also recorded live sessions for BBC in Jamaica with David Rodigan.

Sevana is set to hit the road again this summer with festival performances at Boomtown (UK), Reggae Geel (Germany) and Rototom Sunsplash (Spain).