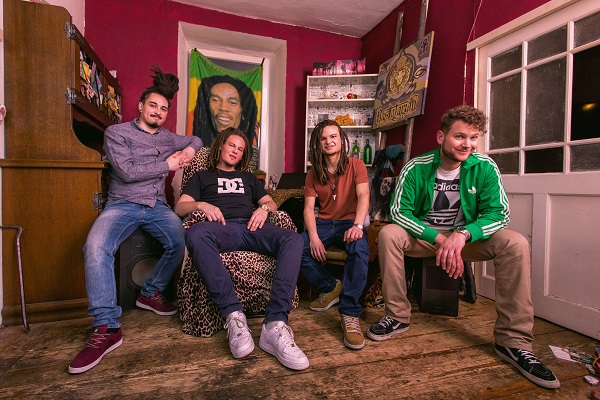 The Lian Outta Den Ep and Israel Riddim Compilation, as well as the recently published music video Gal Weh In Deh have already stoked a fire soon visible all over the Reggae world.

The year the EP was published, the tune Israel was among the 100 best Reggae songs of the year, elected by Zonareggae. Also in 2015, in the context of International Reggae Day, the Jamaican Gleaner called the music of the spirited Reggae team outta Bavaria “original and authentic,” and there was no festival in Germany and Austria that was not to be turned into an urban soundscape by Rootz Radicals and their music. 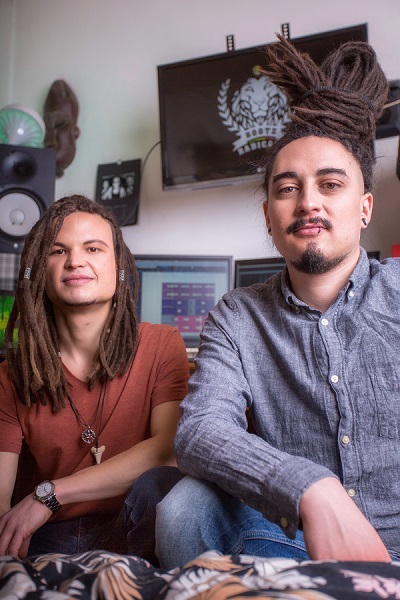 Neither in Europe nor in Jamaica did the voice of Rootz Radicals remain unheard for long. Therefore, Christian was able to travel to Jamaica for six months to become a part of the Reggae Studies Unit at the University of the West Indies in Kingston.

Uno traveled with him and the two laid the foundations for the upcoming album Talk A Di Town (April 2018), the Israel Riddim Compilation and three music videos.

As fate would have it, as one day, Toots and The Maytals keyboarder Charley heard the sound of Rootz Radicals from Glockwork Posse Selecta Mabless, who worked in Montego Bay at that time.

Mabless, Christian and Uno then visited Charley for a studio session at Red Hills Road to record vocals for new tunes; spontaneously they wrote a huge part of the lyrics for Talk A Di Town. Furthermore, first recordings for the Israel Riddim were organized.

Keida, Dburnz, Silkki Wonda and Chris Barrett voiced their tunes on the Israel Riddim in Kingston, while Anthony B recorded his feature with Uno Jahma (Let Jah Fire Burn) in Poland, and Rebellion the Recaller did Make Hay in Switzerland.

Back in Germany, Jahcoustix, Fitta Warri, and Ucee, as well as the Nigerian singjay Freddie Wize joined the Israel Riddim line up. Freddie Wize’s tune Suffering and Smiling and Dub version of Rootz Radical Thomas Eibl completed the selection, which attracted quite some attention in 2017. 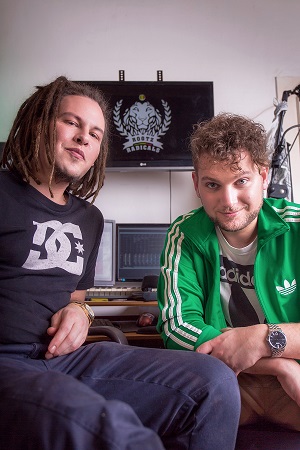 Two more videos, Gal Weh In Deh and August Town Sound, were shot in Papine and August Town, two communities where Christian and Uno stayed for the greatest part of their sojourn on the island.

August Town Sound and its video are scheduled for release in March 2018 in combination with another single entitled Bad Government feat. Ucee and Freddie Wize.

Back in their Studios in Germany, Rootz Radicals produced the Dancehall single Eazystreet with remixes, the Israel Riddim and the two live Dub videos Jungle Strip and Revenant Riddim, both performed by Rootz Radicals multi-instrumentalist Thomas Eibl.

Currently, the two singles Fresh Weed and Gal Weh In Deh offer a unique opportunity to get an idea of the sound aesthetics and musical range of the upcoming album Talk A Di Town. Fresh Weed brings back to life the charm of the Rocksteady era, while Gal Weh In Deh emotionally adapts Modern Roots features in a stylistically confident yet progressive manner.

The song’s video starring Miss Jamaica World 2016 Ashlie Barrett is an absolute eye-catcher and an interesting forerunner of Talk A Di Town, which Rootz Radicals are finalizing at this very moment.