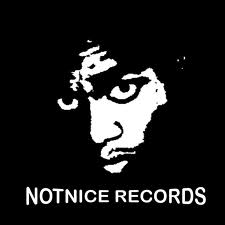 Starting out as a high school student with no musical training, the self-taught rhythm creator is a Billboard producer who was the backbone of one of Dancehall's most powerful forces.

Between 2009 and 2011, he became a household name as an integral part of Dancehall star Vybz Kartel's Portmore Empire, scoring a string of #1 singles for Kartel, including "Last Man Standing," "Cake Soap," "Mama," "Get Wild," and "Benz Punany." In addition he produced break out hits for the Empire's then up and coming pool of deejays including Jah Vinci's " Watch Yuh Friends," Popcaan's "Gangster City," and "Dream," Shawn Storm's "My Life" which also hit #1 on the local charts, as well as Gaza Slim's "One Man." Joining forces with Corey Todd Records in 2011, he landed another local #1 single with Jah Vinci's "In My Life.

He won international acclaim with "Ramping Shop" a racy and wildly popular duet from Kartel and female Dancehall deejay Spice that became a staple on urban radio in Nort h America. In 2009, "Ramping Shop" peaked at #76 on t he Billboard Top 100. In 2011, Notnice was named 'Producer of the Year' by the Excellence in Music and Entertainment Awards.

Ainsley Morris was raised in the Waterford section of Portmore, in St. Catherine. After convincing his mother to buy him a computer in hig h school, he began to experiment with music, eventually teaching himself to create rhythms. He began his professional career at Rokus Records, establishing Notnice Records after branching out on his own in the mid 2000s.

The Notnice Records discography contains a variety of pounding Dancehall 'riddims' compilations including:

In March of 2011, Notice left the Vybz Kartel's led Portmore Empire. He later teamed up with former business partner of Kartel Cory Todd.

But his partnership with Todd was short lived, as in January of 2012, he decided to take his career on a solo path.

Jamaica, U.S.A (Mpr Consulting) - Although chart topping billboard producer "Notnice" has been quiet in the media, his music has been speaking loudly …

Vybz Kartel Gave Producer Notnice The Big Break In Dancehall Not rated yet
Record producer Ainsley 'Not Nice' Morris said he would not have experienced such success in his career had it not been for Vybz Kartel. Not Nice, …