Marlon Asher Lozano also known as Mew A, Is a Trinidardian Reggae singer from Enterprise Chaguanas. 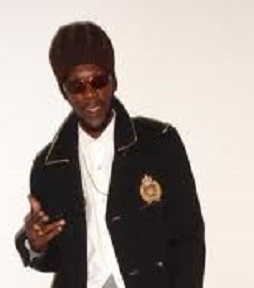 he name "Asher" was derived from the 12 tribes of Isreal. It also represents the spirit of Christ.

Marlon is one of the most sought after reggae singer out of Trinidad and Tobago.

His 2004 hit single "Ganja Farmer" has most reggae and dancehall music lovers, saying that the song is a classic.

This song was a major hit in the Caribbean, USA, Africa and Europe.

Marlon said artists such as Bob Marley, Dennis Brown and Barrington Levy are some of his musical mentors.

Asher is not only a singer songwriter, but he's also a trained Nurse.

He has now paved the way for his fellow Trinidadian reggae and dancehall artists, such as Prophet Benjamin, I Sasha, Khari Kill, King David and many others.

The Ganja Farmer as he is also called released his debut album "Unconditional Love" in 2008.

Asher was a pioneer of the Trinidadian reggae movement and his first song Ganja Farmer sparked controversy in his country despite being a run away hit. In an exclusive interview with the Trinidad and Tobago Express, he answered his critics by explaining what the song meant to him.

"I was never a farmer, but I have friends who are and seeing what they have to go through when police burn their fields inspired me to create the song. People must understand that planters have mouths to feed and this is how they earn a living to do so. Putting aside the fact that herb is life and everything else about that, when you think about the work and money a man puts into his field and then see it being burnt, it's not easy,"

"Herb is not for everyone. It have people who will smoke and trip. My music is not about promoting hate and violence, it's about uplifting people. I may not be able to change the world, but I can lead people into thinking differently about life and living with each other. Also, the lyrics in the song that tell about the rocket launcher, does not mean that people should kill police. I am showing the anger that a farmer has inside when he sees his field being burnt. That anger and frustration is real,"

Asher was once a joiner and a mason but left the trade due to allergies. His left index finger was lost in a sawing accident. He is currently a member of a pan side led by his father Glenford Sobers.

Asher has toured together with the stars such as Beenie Man, Sizzla, Maxi Priest and even the American R&B Group Boyz II Men.

He has toured Boston, Virginia, Miami, Baltimore and Toronto, and later plans to tour Germany, the United Kingdom as well as other parts of Europe.

Asher started singing at the age of seven (7) in the choir of his grandparent's church.