Legal Shown-Down Over Black Uhuru Name - THE rights to the name Black Uhuru is possibly headed to the courts again. Michael Rose, one of many members of the Grammy-winning reggae group, is challenging for rights to use the name that is held by founder Derrick “Duckie” Simpson

The Jamaica Observer understands that Rose registered the name Black Uhuru in the United Kingdom in February. Simpson's legal team became aware of this and have challenged his action. Rose and his lawyers have until June 16 to contact Simpson's advisors and tell them of his intentions.

It is déjà vu for Simpson, who faced a similar challenge by former members Garth Dennis and Don Carlos in the 1990s. He won that court case in 1998. 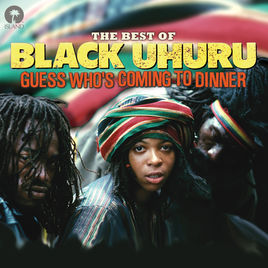 “I don't know where all of this is coming from. I just get something that say it seems like he is contesting the rights to use the name Black Uhuru. This is a man who walked away from the group 34 years ago — four months before we won the Grammy. Now he is saying he owns the name. This is so weird, I don't even understand the motive. Is the same thing Don (Carlos) did and the court award me the name. So it seems like we headed to court again as that is the only way to resolve this,” Simpson told the Observer yesterday.

Simpson's team claims it first saw red flags when Rose began advertising himself as the “Voice of Black Uhuru” for a show in the United States.

Black Uhuru was formed in Waterhouse in 1972. Simpson, Rose and American Puma Jones comprised the most successful line-up from the late 1970s to 1985, when Rose left and was replaced by Junior Reid.

In 1985 the group stepped into history by winning the first-ever Grammy Award for Best Reggae Recording for the album Anthem.

Rose went on to a solo career, releasing a number of albums and popular singles including Shoot Out in 2007. He has had an on-again, off-again relationship with Simpson. Last year he performed alongside his former bandmates at Reggae Geel in Belgium.

Black Uhuru's current line-up, which includes singer Andrew Bees, continues to tour. They recently completed the first half of a US tour which will be completed after they play the reggae summer festivals in Europe.

Simpson is confident that he will come out victorious.

“There is no way that he can win this. We are taking this fight seriously. We have everything to prove that we are the rightful owners of the name Black Uhuru.”