King Yellow Man "The Original King of the Dancehall" 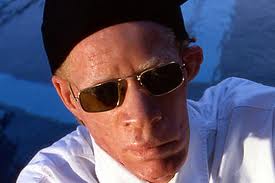 He grew up in a Catholic home called Alpha Boys School in Kingston, Jamaica. Even though he was Deejaying from a tender age he did not gained attention until in the late 1970s when he won the very popular "Tastee Talent Contest".

Most Jamaican dancehall artists started out performing on local sound systems and Yellowman was no different. Although he was very popular in Jamaica, it was not until 1981 when he signed to CBS Records Label an American company that his career took off.

His first album release was in 1982 entitled Mister Yellowman followed by Zungguzungguguzungguzeng in 1983 earning instant success. His sexually explicit lyrics in popular songs such as "Them a Mad Over Me" boasted of his sexual prowess, and this earned him a lot of criticism.

Dancehall artiste such as Shabba Ranks has blamed the Slackness in the dancehall music on King Yellow.

He has had a substantial influence on the world of hip hop. He is widely credited for leading the way for the succession of reggae artists that were embraced by the growing hip-hop community in America during the 1980s.

By the mid-1990s however, Yellowman started to released socially-conscious material, this help to him rising to international fame along with singers such as Buju Banton. Yellowman became the island's most popular deejay despite being albino. During the early 1980s, Yellowman had over 40 singles and produced up to five albums per year.

In 1986, the original King of The Dancehall struggled with cancer of the jaw and was told that he had as little as 3 weeks to only 6 months to live, but surgery saved his life. After surgery he took a break but came back with "Blue Berry" in 1994.

He continues to perform internationally with his Sagittarius Band, and has toured through places such as Nigeria where he is massively popular, Spain, Peru, Sweden, Italy, Germany, England, France, Kenya and the United States.

In 2011 he recorded "King A Talk" on Locust Riddim a song wish is said to be directed at Vybz Kartel who said he is the Dancehall Hero. In the song he said that he was away for a while and they are mashing up the music.