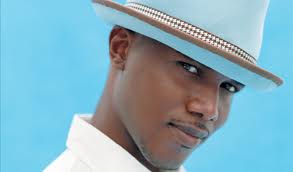 Before he started singing professionally Kevin was a Customs Officer and also a Radio disc Jockey.

Through his strong live performances of soca which was influenced by Dancehall music and R&B, he recorded his first hit song "Turn Me On" in 2001. The song was released in Saint Vincent and the Grenadines.

The song was previously by Lyttle and Vincentian soca star MaddZart and produced by Adrian Bailey. But the remake feat. reggae artiste Spragga Benz made it into a hit.

"Turn Me On" eventually went gold in the U.S. and peaked at number four on the Billboard Hot 100.

Other singles released by him are:
Last Drop
Drive Me Crazy
Fyah
Anywhere feat. Flo-Rida

Kevin has also created his own record label, Tarakon Records which his second album "Fyah" was released on.

He is been back in the studio recording new tracks with artists including Shaggy, Flo Rida and Maxi Priest, and collaborating with top producers and songwriters for his upcoming album.