Goodbye Reggae, Jamaica Music Reggae Capital Is Now France - What am I hearing, Reggae has left Jamaica and now lives in France? Well if you listen to the propaganda that the major record labels are trying to spread, then yes, France now owns reggae.

Let’s go back a bit. One of the reasons I created English Pound Radio.com was to have a media outlet I controlled. Somewhere, where I had control over the music I played and was not subjected to what the general radio stations and record labels wanted to ram down my throat.

I predicted that Reggae music would soon be hijacked, just like our native Land, Gold, Bauxite, Oil, Sugar and whatever else they could take from us. They showed us the Bible and while we were busy reading, they sneaked our wealth out of the back door. 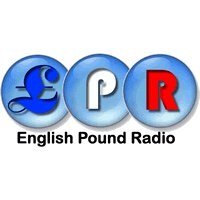 Now, I hear some of you saying, “Cha, what foolishness this youth is talking!”. Now if you are a little concerned about Reggae’s stability in Jamaica then you will read on, if not then at least I told you so.

Ten years ago when I was backstage at a concert in California, I was reasoning with, Capleton, Yellow Man, Steele Pulse, Gregory Isaacs, Anthony B and so many more prominent Jamaican born artistes. From beginning till end, the show was Jamaicans after Jamaicans gracing the stage.

In 2013, if you get maybe three Jamaican born artistes on that list of twenty performers, you’re lucky.

Ten years ago, in France, Germany and Italy, closing acts on a Reggae / Dancehall show was Jamaican born. In 2013, the Jamaican acts are opening for European acts, who now close the shows. Are you now seeing what I am seeing or do you want to read more, I know you want more, Ok.

On the Billboard Top 40 charts, the “Kings of Reggae” are, Snoop Dog (Lion), Eddy Murphy, Miley Cyrus and Major Lazer? Out of the ones I mentioned, how many have a Jamaican Birth Certificate? All of these are making thousands if not millions from Reggae, ten times that of any Jamaican.

My concern is not that others are enjoying and spreading the Reggae love, my problem is that we Jamaicans are slowly being pushed back and left out of the money pot. Now that Hip Hop, RnB, Country and Pop music is over saturated with non meaning lyrics and plastic robotic artistes, Reggae is seen as the Pure Vibe, the Real Deal and the place to make big bucks. So it’s time to steal again.

This is Part.1 of my three part series, talking about my concerns of the stealing of Reggae music.

In my next article, I will explain, how this is being done and then in my last article, I will show you what I think should be done by Jamaicans, to preserve our gift from the heavens, called “REGGAE MUSIC”

Jamaica is the birth of reggae music but the world has embraced it it's own. If France (according to your sources) owns majority shares of the brand of Reggae music, then it proves that reggae has no boundaries. The World is buying reggae music I don't have proof that Jamaica or any other Caribbean country is buying that many units compared to the rest. I still think it's a good thing. However many related Jamaican products are owned by foreign interests.