Redwood was the principal beat maker for Armzhouse Records, alongside fellow producer Rado.

In 2010 he decided that it was time for him to take his career on a solo path. He said that there is no love lost between him and Armzhouse Records because they still link-up. 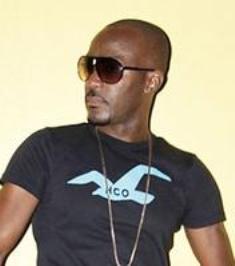 The riddim did fairly well, but never got a great promotional push. But most players in the music industry now realize that Elvis know what he was doing.

Afterwards, he scored his first hit when he did a reggae single with the controversial hitmaker, Vybz Kartel, Luv You Baby. The single did extremely well in Europe, hitting some major reggae charts in Italy and France.Encouraged by the response, Redwood crafted a new rhythm - the techno-influenced Signature Bounce - which he released in August 2011, and immediately got a buzz going in Europe.

That rhythm also featured artistes such as Elephant Man, Kibaki, Gaza Slim, Sheba, Iyara, Lisa Hyper, Kim Hamilton, Predator and General B. "The techno-music art form does well in other countries, Jamaicans don't gravitate towards techno, but the response has been great overseas. It is doing as well as the normal dancehall songs, even without much rotation in Jamaica," he said.

Immediately after 'Signature Bounce', fate smiled on Redwood when, through a female artiste from St Kitts, he linked up with well-known international beat maker Simon Howden from New Zealand, who is known for creating the 'Summer Time' beat which powered the Summer Time hit for Vybz Kartel.

"My friend from St Kitts often used Simon to mix her work. So when I did the 'Signature Bounce' we started to link and he mixed a few songs for me. He makes a lot of rhythm and mixes for a lot of people in Jamaica. He sold me some rhythm and I chose one, and that would become the 'Lost Angel'," he said.

"Kartel gave me a real strength, he even recommended that I drop the 'Lost Angel' rhythm at the end of summer so that it can have the rest of the year fi run away wid it. Just as he predicted, the rhythm took off, every dance it play, the radio start play it hard, everything plug in one time," he said.

Asked how he conceptualised the unusual 'Lost Angel' name, Elvis Redwood said: "I got the name during a conversation I had with Kartel. Mi tell him say mi no waan no war song, is a happy rhythm mi a deal wid, ah happy time, and him laugh and say I must be one of the lost angel dem inna the business, bout mi no waan no war song."

Is dancehall artiste Popcaan getting too hype? According to producer Elvis Redwood, he gave Popcaan a riddim to voice on and he decline. Elvis is …