This Multi talented dancehall singer Toi, is a Jamaican, American singer, songwriter, composer, and producer who is destined for great things in the dancehall and reggae music industry.

This 18 year old artiste style, fuses dancehall with R&B and pop genres. She was featured on the CVM TV’s program “On Stage” and also in the Teenage Observer newspaper. 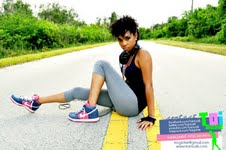 Dancehall singer Toi music is already generating a buzz on radio stations across Jamaica, and has also received airplay in several other countries including the United States, Canada, Belize, Germany, Hawaii, France, and more.

Multi-Platinum Producer Extraordinaire, Don Corleon, and Dancehall Reggae Sensation, Konshens, are among the many big names that have recognized the potential for greatness, and are currently working with the upcoming artiste.

Known by her stage name Toi, the female singer, songwriter, producer, designer and model, who is a member of the ASCAP organization, began her career in January 2010 when she met Calibur Entertainment’s chief record producer Sean Ricketts, and recorded her first single, “Sunshine”.

After being premiered on Jamaican radio by popular entertainer ZJ Liquid, the single began buzzing on radio stations, cd players, and  social media websites across the globe.

With her first single surpassing expectations, in July 2010, she teamed up with dancehall reggae sensation, Konshens who immediately agreed to a collaboration upon hearing a demo of her second single, “All Night Party”. The collaboration quickly made its way to #2 on NYC WBLK Radio Top 10 Charts which later led to Toi being selected as the 2011 International Artist of the year on the Unsigned Hype Program in New York.

Her quick success sparked the interest of a number of major industry executives, and in May 2011, under the guidance of Multi Platinum producer, Don Corleon, she recorded her third single “You’ll Be mine”, which became a viral sensation, receiving over a million viewers on the internet as numerous videos of teens and their friends dancing to the song appeared on popular social media sites; a dance which was dubbed “The Bronx Whine”.

Often compared to the caribbean flavor of Rihanna, a lifetime of influences from growing up in Montego Bay, Jamaica has tailored the development of her unique style and sound, which fuses the reggae, pop and r&b genres.

Throughout 2012, Toi was the highlight performance for the Fuze iT Music & Fashion tour, which visited 10 states across the United States for a total of 18 shows in aid of the Ronald McDonald House Charities, an organization that provides resources for sick children and their families.

That same year, she landed her hometown debut performance when she was asked to make appearances at the Brit Jam Fantasy Island and Reggae Sumfest events in Montego Bay, Jamaica. She performed alongside several prominent artists, including Drake, Beenie Man, Gyptian, Bounty Killer, Movado, I-Octane and more.

In early 2013, popular reggae singer, Protoje was impressed when he heard Toi in studio recording another track, “Shot By Love”, with Don Corleon and consequently requested that the song be featured on his upcoming sophmore album, “The 8 Year Affair”.

A week after it’s release in February 2013, the song amassed nearly half million viewers on Youtube, and Toi flew to Jamaica to join Protoje & The Indiggnation for the first live rendition of “The 8 Year Affair” album to a crowd of thousands at the Edna Manley College of Visual and Performing Arts.

It was not all paved roads and green lights for the rising star. Back in January 2009, before her musical journey began, Toi faced adversity when she survived a horrific car accident, which claimed the life of her close friend, and nearly left her paralyzed from the waist down.

She suffered multiple injuries, including a broken thigh, fractured sacrum, and severe head trauma. The memory lives as a driving force in her life and music as she strives to become a powerful force in the industry and a p

Introducing Female Recording artiste Tracey Night formerly known as Toi Not rated yet
HER BANGING BREAK -UP ANTHEM “UNDERSTAND," PULSATING "INVINCIBLE" AND SENSUAL REGGAE BALLAD TITLED "GET TO YOU." Her singles are a combination of Reggae, …