Dancehall artiste Vybz Kartel's book for CXC - Vybz Kartel's arresting book, The Voice of the Jamaican Ghetto, co-authored with Michael Dawson of People's Telecom fame, gives a penetrating account of the deadly conditions endured by too many youth who are barely surviving on the margins of Jamaican society.

Claiming the authority of the traditional warner man, Kartel compels his audience to pay attention to his prophetic story. You just can't put the book down.

Kartel's intention is not to entertain but to upset: "As strange as it may sound, I hope you do not enjoy this book. I hope it disturbs you. I hope after reading you realise there is something wrong with Jamaica that needs to be fixed. I hope you will never look at a ghetto person the same again." 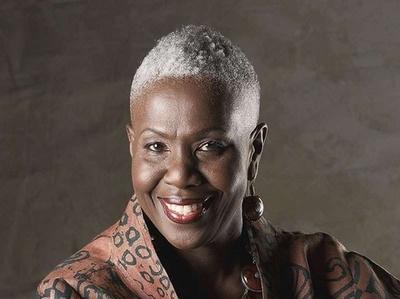 Cynics have been asking if Kartel really wrote the book. They clearly have not listened to his songs. There's an organic connection between the two: "... After seeing the crowd's response to my conscious songs, I wanted to tell more of the story that I could not capture in three minutes riding a riddim. So I started writing, still unsure at the time if a book was what I wanted to do."

Each of the 10 chapters amplifies the core concepts of selected songs. For example, chapter 1 is based on 'Thank You Jah':

Di watchman watcheth, but in vain.

It's just another day,

Nuff juvenile no even nyam from mornin,

Dem no waan wi fi claim our own,

Ghetto youth, we go on and on

Hungry from morning til night come,

Dem a wonder if di youth dem a go stop, no!

A wonder if di ghetto a go drop, no!

Dem a wonder if wi ketch inna di trap, no!

A wonder if Jah tun him back, no!

'Thank you, Jah' is a prayer that every fundamentalist Christian in Jamaica can identify with - up to a point. Kartel chants his gratitude to Jah in Old Testament lyrics. But the song quickly changes tune and tone. 'Thank you, Jah' becomes a damning judgement on the failures of modern Babylon. Kartel's invocation of the psalm is decidedly ironic.

The Lord is certainly not keeping the city of Kingston. Babylon labours in vain to build a city founded on injustice. The so-called 'system' brutalises poor people in Jamaica. The profound philosophical question the song raises is whether or not 'Jah tun him back'. Are ghetto people the victims of divine indifference, as Babylon hopes? The song condemns the conspiracy of Church and State to keep poor people in bondage.

In the book, Kartel has ample room to elaborate on the inequities of Jamaican society, especially the apparent willingness of the Church to postpone justice until 'Thy kingdom come'. He gives a quick history lesson to demonstrate the origin of the racism at the root of imperial Christianity.

Kartel demolishes the myth of European conquest as a mission to save the souls of savages: "Sometimes, I wish Gaza was around in those days when these men came off their ships, dressed in their stockings, short pants and funny hats to tell Portmore people they are heathens so they should come and work for free and these men in stockings will show them salvation. I am confident you could stay from the toll road and hear those sailors begging for mercy when the Gaza done wid dem." Although Kartel doesn't want us to 'enjoy' the book, there's lots of humour.

THE GARVEYITE AND THE BLEACHER

In a telephone interview last week, Michael Dawson explained his role in the creative process. He sees the book as a recording of the 'reasonings' between himself and Adidja 'Vybz Kartel' Palmer. In his 'Preface', Dawson admits the ironies of the project: "Many people have wondered how this improbable collaboration came about. How could someone who is a known Garveyite collude with the 'Bleacher' to write a book? ... How did my Campion background find common ground with the Gaza?"

Dawson gives an intriguing answer: "I realised what Addi was reluctant to admit; that deep down he realised he had the gift of being a lyricist and the ability to put it on a dancehall rhythm like no one else had. He feared, however (my observation), that being known as a conscious artiste would gain him a label that he did not want."

It was the opportunity to lecture at the University of the West Indies that changed Kartel's mind. Wilmot Perkins must be turning in his grave. The 'intellectual ghetto' has clearly served its purpose, promoting dialogue between town and gown.

The Voice of the Jamaican Ghetto should be read in and out of school. It ought to be on the CXC social studies syllabus. It raises complex issues of social justice in an accessible way. This book will engage the attention of every student, from Campion College to Gaza Secondary. And Adidja Palmer needs to be given a fair trial. Quickly! Otherwise, we run the risk of turning Vybz Kartel into a political prisoner, fulfilling the expectation of the book cover.

Carolyn Cooper is a professor of literary and cultural studies at the University of the West Indies, Mona.