The British Reggae Industry Awards was first established in 1981 and was the first award of its time that was dedicated to reggae music; the awards ran successfully for 16 years in Europe.

The B.R.I.A. was first held at the Café Royal in London and at its pinnacle the awards ceremony took place at the Royal Albert Hall in London, where it had sell-out crowds. 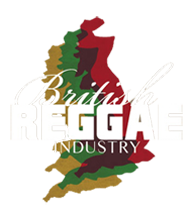 The award was a vehicle for promoting and raising the profile of reggae music within the U.K. and also catapulted many U.K. artists to international success. Many of the past recipients still refer to their British Reggae Industry Award.

The British Reggae Industry Awards has been sorely missed in the reggae Industry and has resulted in thousands of people asking for the awards to be re-establish. The drive of management and the team is to return the awards to the people bigger and better than ever and we would like to thank you in advance for your support.

The 2012 B.R.I.A Ceremony will be taking place at the IndigO2 on Saturday 13th October 2012. Voting to select the top five are now open.