Bramma - Born Lloyd Horace Brammer to Lloyd and Myrna Brammer and raised in some of Kingston’s toughest communities, Maxfield and Duhaney Park.

BRAMMA’S love for the music was noticeable during his school years where he spent many of his days entertaining friends or those who cared to listen, making drum beats on desks while he delivered some raunchy lyrics to much fan fare.

In 2005, his school mate and best friend Marley who was living on Merrivale Drive, close to home/office Solid Agency Company Limited, introduced him to Bounty Killer whom he knew personally. 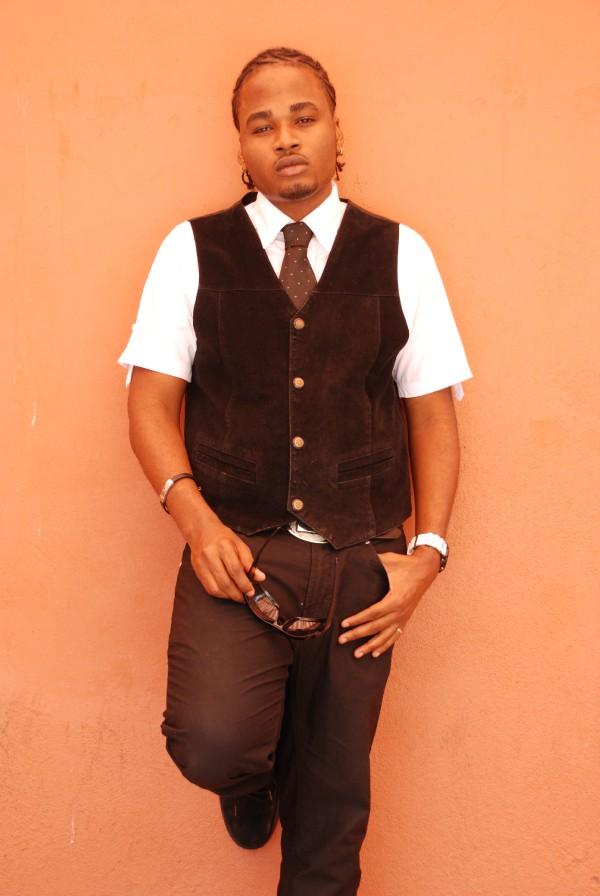 He met Solid Agency, Administrative Manager at that time Sophia McKay, who immediately took an interest in him however he was still in school and had exams so she advised him to complete his final year and return when his exams were done.

He returned in his uniforms after completing his final paper to inform Sophia that he was now ready to pursue his career. BRAMMA who called himself ‘Sinister’ then lacked studio experience so Sophia introduced him to Leftside and Esco to assist in this area.

This was when the duo decided that he needed a name change and called him BRAMMA which they believed was more fitting as it is the pronunciation in of his surname in patois.

He also met Neil at Cash Flow in that same year and created his very first track entitled ‘STAR’ on the Wumba rhythm. Sophia McKay who opted to manage him left Solid Agency and headed for the Florida on a job assignment.

This BRAMMA taught would have been a major set back for him as he needed all the assistance he could get here to mold what was officially now his career choice but while there she used the opportunity to start promoting his music internationally, hence creating a buzz among radio jocks and sound system djs in several European and U.S. towns and cities where Dancehall music is popular.

Back home however, BRAMMA was still not getting enough studio time to voice his music, he also had to deal with the death of his Stepfather whom both he and his mother was living with in Maxfield and this was more than he could handle.

BRAMMA’S friend Marley and family relocated from Merrivale Drive to Havendale in close proximity to young Steven McGregor. BRAMMA met Steven who had an almost perfect home studio and was noticeably very talented.

He was excited because he knew that both of them were young and eager to make music and this was what he needed. By this Sophia had returned to the island with concerns as she had not gotten any new materials from the artiste to promote this was when BRAMMA introduced her to a ‘new’ producer’ young Stephen McGregor.

His first recording for Steven McGregor was done on the Cartoon rhythm this was indeed of better quality as both himself and Steven worked hard at finding a suitable key to comfortably deliver his tunes, this was an effort to enhance his clarity and eventually create a distinctive sound.

The results were very impressive and very good for the artiste and his manager who was as excited as he was because she knew that the quality of work was much better for promotion and sets a trend for a new Dancehall artiste on the rise called BRAMMA de Bomma.

BRAMMA spend many nights in Big Ship studio because it was just too late to go home and he had no transportation.

It paid off eventually as his music improved with every new track. The innovativeness of young Producer Steven McGregor combined with now a well learned DJ of style, craft and clarity brought to life the very first track that gave him some well needed recognition at home, “Last Man Standing” on the Power Cutt rhythm.

The track held its own on the rhythm which was also the first outstanding production of Steven McGregor. BRAMMA created “Last Man Standing” when all hell broke loose between Vybz Kartel and the Bounty Killer lead Alliance.

It was a time when many artistes felt they had to choose sides and many did but BRAMMA refused to get involved has he had come to respect both artistes and stood his grounds but vowed that at the end of the war he would be the “Last Man Standing”.

While the song created an impact for him and prompts him to create other war type songs such as “Stand Alone” and others, this was not the direction in which BRAMMA’S management wanted him to place his focus.

Having a better understanding of the market and getting positive feedback from radio jocks and sound system djs overseas was more than encouraging and opened up a world of opportunities for the young artiste and so with a vision of being accepted Internationally, BRAMMA refocused his attention to pursue his dream.

He then created another track produced by Steven McGregor on the Party rhythm called ‘Heading to the Top’, this track ‘stepped things up a notch’, planting a seed of elevation during a time when the Industry seemed to be at war.

This single became a hit in Germany and BRAMMA earned for himself a full page feature in the November 2007 issue of Riddim Magazine. RIDDIM Magazine in Germany is by far the most important magazine with a worldwide readership.

They publish both a German version which is released in Germany, Switzerland and Austria as well as an international edition, which can be found in news stands here in Kingston he also created a video for this single.

Since then the Dancehall artiste has not looked back he has gone on to create tracks and singles such as “Its Wat Eva”, ‘Why’ and Guided by the Masta all produced by Steven McGregor, Daggaration on Beauty from the Beauty and the Beast rhythm, Whine on Wire Waist rhythm and a slew of other popular tracks and singles. BRAMMA has grown from strength to strength exercising raw talent and skill, and has his hopes set on becoming the likely next mega Dancehall Star.

NEW MUSIC || BRAMMA – ‘FASHION POLICE’ Not rated yet
Despite the loss of his beloved grandmother Mrs. Myrtle Brammer, the deejay continues to push forward with his career, a move he says his grandmother would …

Bramma Summons The ‘Fashion Police’ Not rated yet
Back in Jamaica after halting his U.S promotional tour due to a death in the family, dancehall artiste Bramma Di Gorilla says he is trying to remain positive …

Bramma halts U.S promotional tour due to death in family Not rated yet
Dancehall artiste Bramma known for the hits 'Trust People' and 'Cha Cha Bwoy' was force to cut short his month long U.S. promotional tour over the weekend …

Bramma Triumphs At Portland's Beach Carvingz Not rated yet
Since 2014 Dancehall artiste Bramma ‘Di Gorilla’ has been enjoying an upsurge in popularity with a triad of singles such as ‘Have Dis’, ‘Cha Cha Bwoy’ …

Bramma & S-Lock Family Tops The Chart With ‘Have Dis’ Not rated yet
After declining a lyrical challenge from resurgent deejay Mr. Peppa citing him as an unworthy opponent seeking attention, Dancehall artiste Bramma ‘Di …

Bramma Wraps Tour & Prepares To Shoot Videos Not rated yet
Following several exhausting weeks on the road, Dancehall artiste Bramma ‘Di Gorilla’ has finally wrapped his first 2014 island-wide tour. This as the …

Bramma "Feel A Vibes' Official music video Not rated yet
Here’s the brand new video from Bramma ‘Di Gorilla’ titled ‘Feel A Vibes’ directed by Michael Burbridge, the song is featured on the Herbal Dance Rhythm …

Bramma Gives Educational Support To Inner City Youths Not rated yet
KINGSTON, JAMAICA | SEPTEMBER 3, 2013 | After delivering a commendable performance to the over 30,000 in attendance at the recently concluded LIME Skool …

Bramma Shoots Video and Thrill Caribbean & North American Fans Not rated yet
KINGSTON, JAMAICA | JULY 16, 2013 | Fresh from his musical exploits in the Caribbean and North America, where he thrilled fans in New Jersey and Trinidad; …