Anthony Malvo was born on January 4th in Kingston, Jamaica. He began his singing career in the early 1980's on the legendary "Black Star" sound system in Kingston. He later moved on to perform and record with King Jammys.

Malvo recorded his first number one hit single entitled "Come Back To Me" on the Winston Riley label, Techniques. Featuring Tiger, he continued the hits with songs like "Greatest Gal Lover" featuring Daddy Lizard, "Can You Stop the Rain", "Ready Or Not" and "Sensi" with Josie Wales. 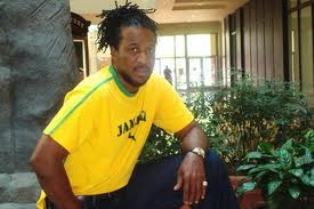 In the early 90's Malvo teamed up with singer Anthony Red Rose and started their own music production label "How Yu Fi Say Dat" named after Malvo's hit song with Sly and Robbie on the Taxi label.

Together Malvo and Red Rose recorded and produced the first number one hit for Beenie Man called "Wicked Man". the hits continued with number one songs like, "Report To We" Sean Paul, "Quarter To Twelve" Simpleton, "Bag Juice On Base" Fabby Dolly, "Dun Wife" Cobra, "Antichrist" Captain Barky, "Guns and Roses" with Bounty Killer, Malvo and Redrose.

In 1999 Malvo decided to launch his own production and recording career. He started the label "Real Music Production". The first single he produced was "My Heart Belongs To You" featuring himself. He continued to produce artists like Capleton and Glen Washington on the "Identify" riddim. The songs were placed on Capleton's VP Grammy nominee album "Still Blazing" entitled "Jah Is Going to Work it Out". He then recorded and produced Junior Kelly, Dawn Penn and Admiral Bailey on the same "Identify" riddim and continues to produce on the Real Music Label.

In 2002-2003 Malvo produced and recorded another hit riddim entitled "Ballistic Affair", where he recorded with Capleton the hit "One Day Rudeboy". The video was featured on Jamaica's top 10 video chart and broadcasted in the United States, Canada and parts of Europe. The riddim featured the chart topping "Ballistic Affair" with Leroy Smart and Bounty Killer. The riddim also featured artists like Buju Banton, Sizzla, Warrior King, Shinehead, Anthony B, Bushman and Wayne Wonder.

In 2003-2004 Malvo released a compilation of hits that were the foundation of his singing career. Entitled "The Best of Anthony Malvo:Eighties and Nineties". This release through VP records has been a huge success in North America, Japan, and the European markets.

Later in 2004, another release from Malvo, the compilation lp/cd entitled "Hot Gal" on the Real Music Label in conjuction with VP Records as part of their Riddim Driven series.

His experience has lead Anthony to work with countless singers and musicians, while at the same time performing on many tours throughout North America, Europe and the Caribbean. His plans for the future are to tour both South America and Asia.

In 2006, Malvo has released the new "Sit Down Pon It" riddim featuring himself along with Capleton, Pinchers and Vybez Kartel, Luciano, Blessed, Shinehead, Anthony B, Original Nigel and many more.

Anthony Malvo is available for 2018 Bookings

Anthony Malvo album Stronger to be release in March or April 2012 Not rated yet
The veteran entertainer is now all set to release his latest work yet, an album called Stronger that he expects to hit the market by March or April. The …