The hit song, featuring fellow singjay Richie Loop was released earlier this year, to mass success, garnering him unprecedented attention with hundreds of thousands of views across several music websites. 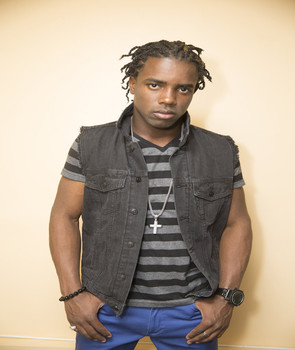 The song also saw the emerging entertainer splashed across several Jamaican and Caribbean music stations as well as charts worldwide as the official video for Island Girl made him a must-watch star in the making.

However, the singjay now claims RDX stole his concept and flow for their own single dubbed Island Girl, which was recently released on the JA Productions produced Overdrive Riddim.

This isn’t the first time RDX has blatantly copied one of his songs, according to him. The No More singer insists the veteran group pulled off a similar tactic two years ago following the release of his dance-themed hit, Splice.

“I saw it has an opportunity for my song [Splice] to get out there publicly but that was not the outcome,” he recalled. “Instead RDX gain fame while my song eventually died out.”

Andrew Lee Pryce, founder of Real Entertainment Productions and Alty B’s manager relayed his shock upon hearing of RDX’s single and believes it validates accusations by other acts that the group has stolen their ideas also.

“I often heard entertainers saying that RDX go around stealing people songs but I’ve finally heard it first hand and I’m not gonna take this lightly,” he explained.

The Pryce-led Real Entertainment Productions has signaled their intent to seek legal discourse should they fail to get a response from RDX’s management team to resolve this ongoing issue.

Meanwhile, he is looking to build on the success of Island Girl as he is working on a soon-to-be released single, Nobody and will be touring parts of the Caribbean, including Trinidad and Tobago later this year.

Additionally, the Toronto-based singjay is working on a major collaboration with a Canadian-born international superstar in the coming weeks, which is sure to land him the multi-talented entertainer his biggest break to date.