The fourth clash in the 2018 Irish and Chin Rumble Series, Japan Rumble, unfolded before a highly energized at capacity audience on Saturday, June 9, seeing Jah Works as the winning sound. 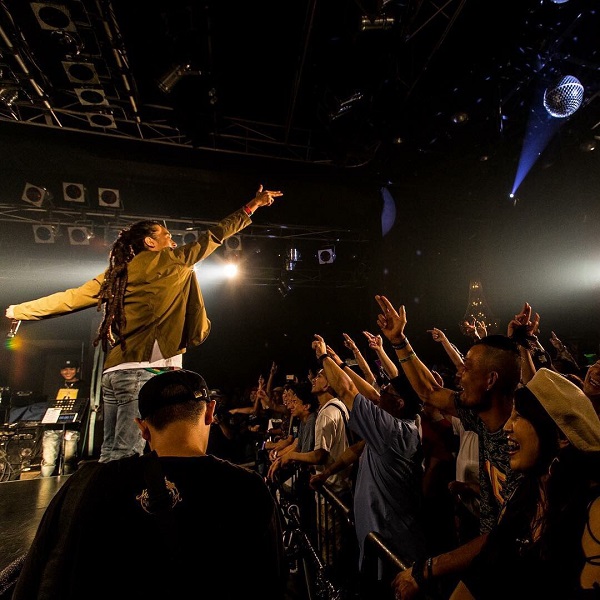 The one man Jah Works sound system, hailing from Osaka, Japan, consists of Sota Ogawa, aka OGA as fans affectionately bill him.

Excitement and premiere sound clash entertainment took center stage from start to finish as Jah Works knocked out all competition in his quest to represent Japan in the famed 20th Anniversary edition of World Clash later this year in Toronto, Canada.

Co-produced by promotions gurus Irish and Chin and Mighty Crown Entertainment, Japan Rumble was a proving ground for some of the country's most sought after sound systems.

Garfield "Chin" Bourne of Irish and Chin describes Japan Rumble as "phenomenal" namely because of the crowd's intensity/sound interaction and the unprecedented talented line-up who he says, "perfected speech, delivery, stage performance and humor."

While all sounds delivered impressive rounds, it was Fujiyama and Jah Works who emerged as Japan Rumble's front runners.

Upon edging out competition in early rounds, Jah Works and Fujiyama entered into an unforgettable "Rapid Fire" aka tune-fi-tune round, sparking massive roars from the animated crowd.

Fujiyama's well orchestrated performance, wit, connection with the crowd and nicely cut tunes by all means secured their lengthy spot in Japan Rumble.

But Jah Works, who remarkably hadn't clashed in 4 years before Japan Rumble, went into overdrive unleashing a musical fury on Fujiyama, leaving little room for recovery.

Whether it was classic tunes from legendary Japanese Reggae artists or top notch dubs from the who's who of the Jamaican music fraternity, Jah Works proved that winning the crowd with music was his specialty.

During one of the night’s most memorable moments, Jah Works dropped a just in time dub from the legendary Johnny Osbourne (Truth and Rights), commanding competition to "surrender yuh sound and lock off yuh laptop."

At this point, it was clear Japan Rumble was in the palm of Jah Works hands. The one man sound Jah Works defeated Fujiyama in the “Rapid Fire” round, securing his first Japan Rumble victory.

Jah Works was launched in 2000. The elated and confident winner says, "Right now, it's all about Jah Works, as I travel the road to become the next World Clash champion."

He adds, "Competing in Japan Rumble and sharing the stage with some of the country's most talented sound systems has been the ultimate rewarding experience."

Irish and Chin formally launched the Rumble Series in 2016 as a vehicle of bringing a diverse cadre of talented new selectors and sound systems to the international sound clash arena.

Further, he concludes, "I also wanted to keep a Rumble in Japan to continue the trend that Mighty Crown has set over the years, while keeping Japan visible under the World Clash umbrella."