Two years after the release of his first EP, Living Out Your Dream, Zazzi Flames is poised to drop his second, Star Quality. 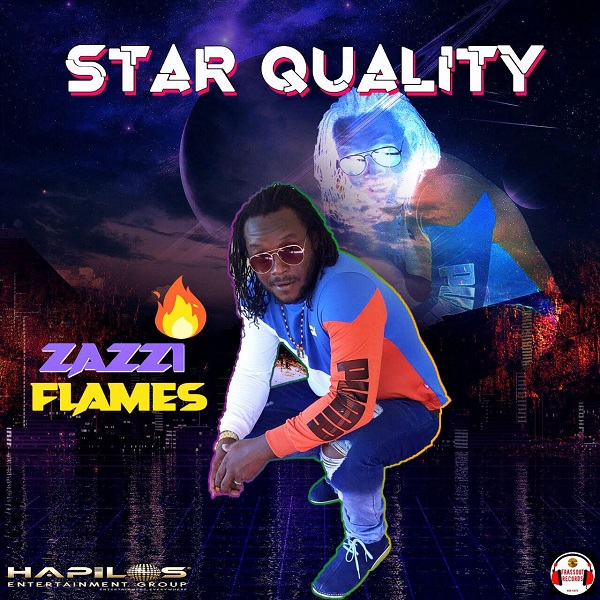 Given name, Nugent Whyte, the Saint Elizabeth-based recording artiste hopes to catch the attention of his fans and gain more with the 4-track Dancehall/Reggae compilation.

Star Quality starts off with “Dem Alone Talk Tuff”, an up-tempo Dancehall track about persons who can only talk the talk but can’t walk the walk. Next is “Bannet”, a sexually explicit ode to his favorites: women and cannabis. “Really And Truly” is third on the EP and is more on the Reggae side.

It’s a love song for a special woman in his life. The final track and the first single that’s currently being pushed, “Star In A Real Life”, exposes Zazzi Flames for the star he really is as he literally brags about his “Star Quality”.

The EP is produced by FrassOut Records and Zazzi Flames himself, releasing under the FrassOut Records label. It is going to be distributed by Hapilos and will be available on all major platforms from October 5, 2021.

Zazzi Flames says he likes working with FrassOut Records and with neither of them not ones to waste any time, the third EP is already in the works.