Zagga - Chimney Records artiste Austill Henry, known more to his fans and peers by his stage name ZAGGA, The musician had his sight set at an early age to achieve greatness within the music industry and life itself.

Born and raised in Jamaica, where he is still located in the garden parish 'St Ann’, Zagga works assiduously and is determined to achieve his goals. 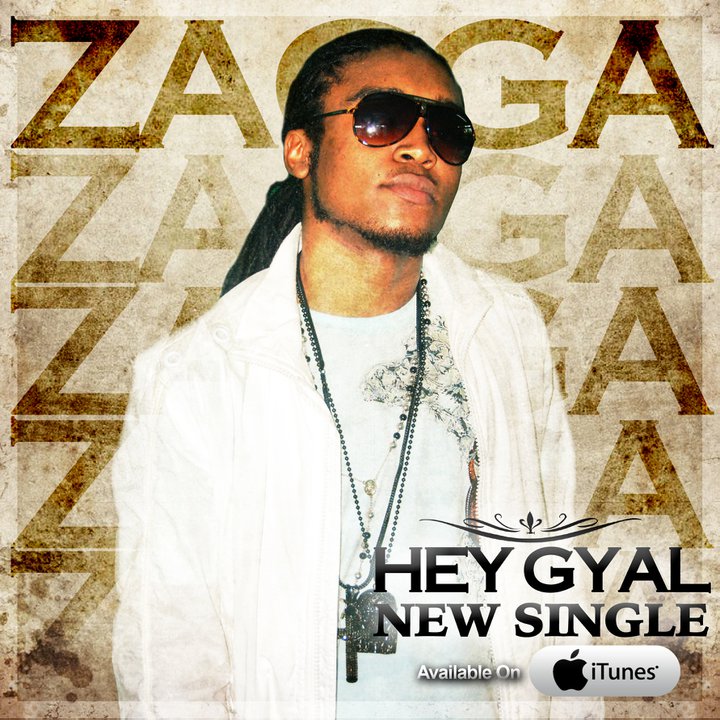 Zagga has been doing music from the tender age of 10. While attending Ocho Rios Primary school he was known to be knocking on desk tops with his hands to make beats that would bring out his flavor in dancehall/reggae, showcasing his marvelous talent.

His peers would all listen, dance, cheer and encourage the aspiring artist to continue doing music. Upon his advancement to Ocho Rios High School he performed in most of the school’s events. ”I can even recall modeling for the black history month celebration, I was Mr. Ethiopia and got 1st runner up and after modeling I ripped the stage up with a smashing performance” Zagga says.

At 12 years old moving on to 13 Zagga was introduced to hip hop/rap music by his friends “Blaze and Bolo”. His first hip hop icons were DMX and slim shady and did he enjoy their music! He then started to gravitate towards hip hop, exploring it and discovering its cultures as well as the different hip hop artists and what they had to offer.

Now with all that knowledge and years of listening, he has managed to effectively merge the style of hip hop, dancehall/reggae and pop so that fans and veterans of the music industry can acknowledge as well as enjoy and see the potential in it.

He released his first ever mixtape on April 1, 2011 titled “The Remix God”. As the title state “The Remix God” it is filled with popular songs all remixed by Zagga, the mixtape served its purpose and gotten the attention needed as it did well on radio with a number of requests each day on popular radio stations in Jamaica such as ZIP 103 FM, HITS 92 FM and IRIE FM.

The mixtape did well not just with radio plays but with over two thousand downloads within a week of its availability along with good reviews by disc jockeys, artists and fans. Good friend of Zagga, Ruption of RD Studios has always been a listener of Zagga’s music. After the unofficial release of song titled “Island Breeze” on the “Island Vibes Riddim” from Zagga’s mixtape, it crossed the ears of Ruption and sparked him to pitch this song to producer Jordan McClure of Chimney Records. Not long after a meeting was called and Zagga found himself face to face with producers of Chimney Records discussing a management deal.

After such deal was finalized he has had various releases such as “Versatile in love” on the Steel Strings Riddim (September 2011), When we a meck stgeppings on the steppings riddim release by Romeich Records, his single “Change” (November 2011), “Money me want” on the Intensity Riddim (November 2011), Gimme some on the master’s blend riddim released by JA productions, newly released Remember the days on chill spot riddim by chimney records, aslo worked with Dj Frass, Dj Smurf, Gesta music an Kimichi records to name a few and has been interviewed by various radio stations and appeared in newspapers.

`In the apparent future, Zagga see himself performing at many popular events, collecting Grammys, breaking records in addition to leaving monumental marks in the music industry. He quotes “The fight is only over when you win, losing is not an option!”

Zagga - Bad and Hungry Amini Music - Reggae artist Zagga is back with a brand new single titled "Bad and Hungry".

Zagga Booked for Reggae Sumfest 2015 Not rated yet
Fast rising reggae singer Zagga is booked to performed on the 2015 staging of the greatest Reggae Show on earth Reggae Sumfest.

ZAGGA - My Destination (Official Video)  Not rated yet
This is the official music video for recording artiste Zagga single 'My Destination'. The single was released on the best selling Rising Sun Riddim …

Chimney Records Recording Artiste Zagga - Di Rasta Yute a Beg a Bligh Not rated yet
Kingston(JA), May 15, 2014: Zagga’s latest single entitled ‘I Wish’ is produced by up and coming producer Anthony Thomas of ‘Anthony Records’ and was premiered …

Zagga Change official music video Not rated yet
This is the official music for dancehall and reggae music artiste Zagga 'Change'. The video was directed by RDStudios. Watch video below.. …