Dancehall artiste T'Nez has recently shot the video for his latest singles "Me She Love" and "Destiny/Better Days".

The video was directed by Michael Biggz. It was shot on locations in Havendale, Mona and Half-Way tree.

T'Nez who's real name is O'brian Barnes was born on September 30, 1987 in Truro, Westmoreland.

He started singing and writing his owned songs while he was going to Ruseas High school in Lucea, Hanover. He wrote his first song at age thirteen (13). 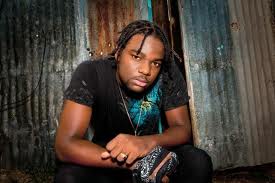 After moving from Westmoreland to Kingston he decided to take his musical career seriously. He hooked up with Rohan steele who promise to launched his musical career, but his was not to be because he later passed away.

He was later discovered by Shotta P who send a demo CD of him to producer Jordan Mcclure of Chimney Records, he fell in love with T'Nez music and this led to the released of his first major hit single "Whats Up Money".

He has since established himself as one of the new wave of dancehall reggae artiste in Jamaica.

T'Nez Jehovah official music video
Dancehall and recording artiste T'nez has released the much anticipated video for his latest single 'Jehovah'. The video was produced by Black Spyda …