If you thought there couldn't possibly be any connection between the gorilla, Harambe, which was killed in the United States after a little boy fell in its cage, and Jamaica, you were wrong.

According to the Mirror in the United Kingdom, the silverback gorilla was named after a reggae song by Rita Marley, veteran reggae artiste and widow of reggae legend Bob Marley. 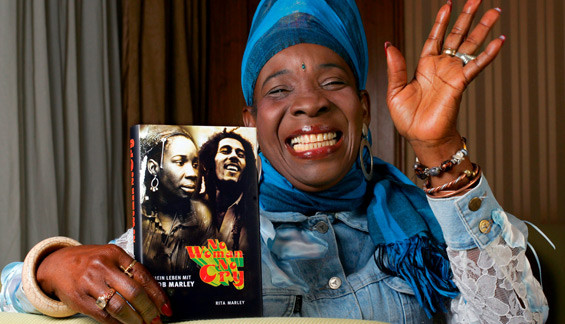 Dan Van Coppenolle, the man who won a CBS 4 News competition in the 1990s to name the then-baby gorilla, paid tribute to Harambe last week and it has since been revealed that the 17-year-old gorilla was named after a reggae song that preached sharing and caring.

According to Coppenolle, he chose the name Harambe from a reggae song he used to work out to, explaining that the singer kept repeating the word Harambe, which he later found out means "to pull together, to help each other, sharing and caring and to come together". Harambee was released by Rita Marley in 1982.

Harambe, the gorilla, was shot dead after a four-year-old boy entered his enclosure at Cincinnati Zoo. A family statement expressed condolences for the animal's death.

"We extend our heartfelt thanks for the quick action by the Cincinnati Zoo staff," the statement read. "We know that this was a very difficult decision for them, and that they are grieving the loss of their gorilla."

Since the shooting, there are several animal lovers who have come forward to protest the Zoo's decision to kill the gorilla, asking why a tranquiliser gun was not used as the preferred method to put down the animal. The zoo has, however, stood by its original decision, stating that they did what they thought was best to ensure the child's safety.

Bob Marley's Wife Rita Marley hospitalised In Miami Not rated yet
Rita Marley, widow of reggae superstar Bob Marley, has been admitted to a Miami hospital after suffering a major stroke in the United States city last …