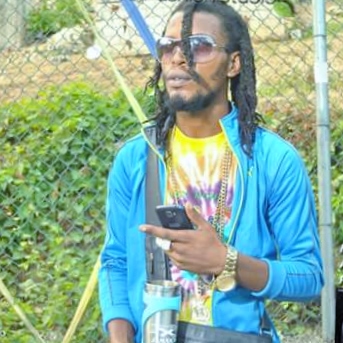 He began his music career in 2010 working with frenz4real entraps in the same small Tower Hill community. “Upp,” as most had been greeting him since 2008, was motivated by Cornell Josey Wales, Sizzla, Capleton, Elephant Man, and Jahvinci. Modeling the natural stage energy inspired by these artists, Mr. Upp brings joy and Uppright vibes to every stage setting and exciting freestyle vocals upon any rhythm!

An original Jamaican stepping from Kingston 11, Mr. Upp has been coined the “Dancehall Rockstar”, lighting upp individuals and audiences whenever he touches the stage or road. Beginning as a dancer, Mr. Upp has been entertaining young and old for over a decade.

His first hit song “My Name is Upp” is a huge audience success! His highlight performances include CVM TV in 2012,IRIE FM roadshow in 2013,TVJ Roots FM in 2015; Unity & Love Stageshow, Yahsonicestageshow, Margarita Ville Stageshow, Ghetto Carnival and many more…